Relations with the Russian Federation: Continuity of Imperial Politics 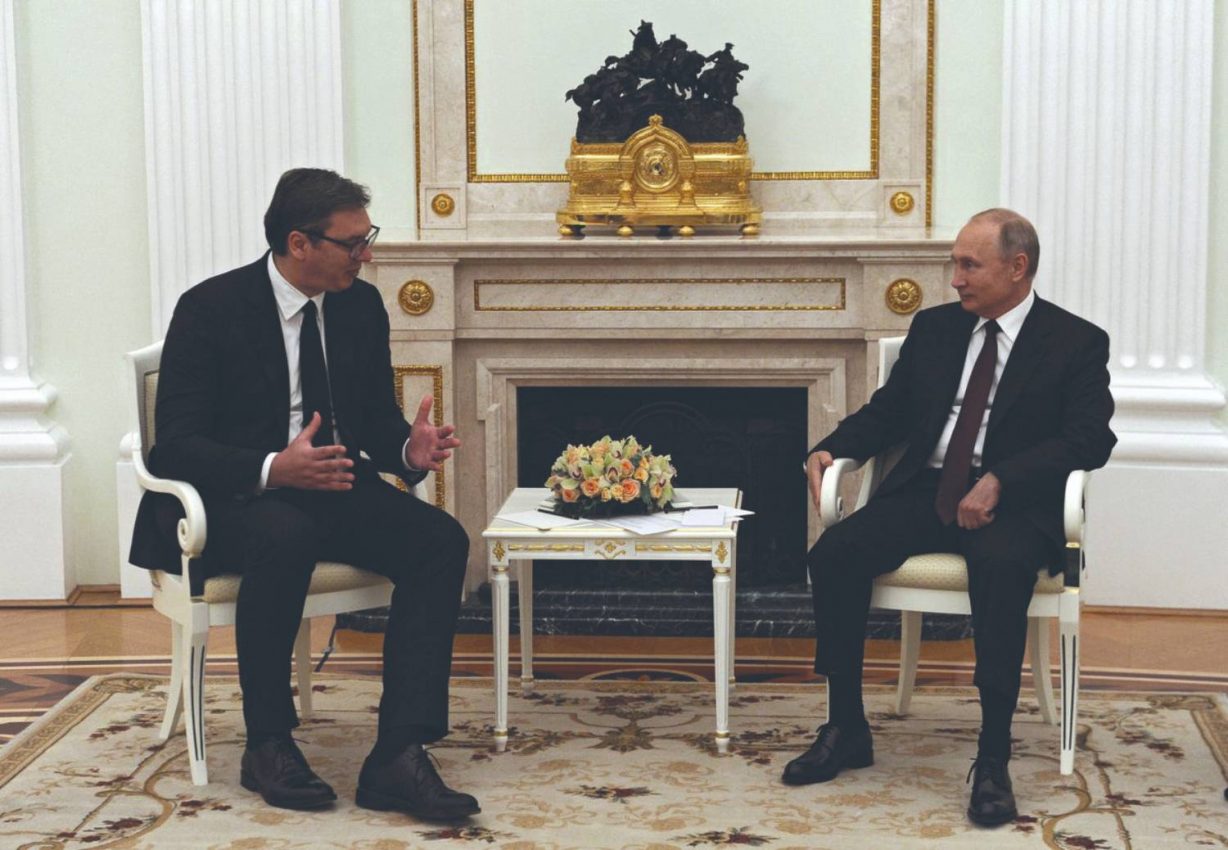 Even Russia’s ambassador to Belgrade, Alexander Bocan-Kharchenko, quickly changed the appropriate diplomatic stance that Moscow accepts any agreement reached by Belgrade with Pristina into “an agreement is out of the question if Russia, in line with its interests, does not approve it.”

Each empire has projected its power in different ways throughout history, while never renouncing the use of military capabilities. But the geopolitical profit was always greater when the power of an empire rested on the errors of judgement by small nations than when realized by the argument of force. That is how Russian imperialism evolved from Tsarist through Communist to today’s Orthodox, which promotes stereotypes of Orthodoxy and nationalism on its platform of autocracy.

UNCLEAR MYTHS: As a rule, Russia focused its attention to the Balkans only in periods of its own weaknesses, and its diplomacy was successful only if it maintained conflicts and frozen conflicts in the region, posing as a mediator and the biggest winner. Thus, the Serbian historian, academician Milorad Ekmecic, stated that the Russian mission in the Balkans was to always “play one national movement against another and but never to allow the fight to end”.

Although Moscow’s interest in the Balkans is quite logical and clear, Serbian myths about the centuries-old alliance and Orthodox brotherhood of Serbia and Russia remain unclear.

Without going into historiography, mere analysis of the recent events in the Western Balkans contradicts such brotherhood and exposes sheer imperial interest. The abuse and falsification of modern history is a standard modus operandi of the Russian propaganda machinery and its local “contractors” with the aim of promoting isolationist national hegemony. In that way, an anti-Western and pro-Russian discourse is created, which justifies the wars of the 1990’s, glorifies convicted war criminals and distances Serbia from common values with the EU. And all this with the selfless support of ultra-right and ultra-left political ideologies, which could only be united by a common dream of historical revenge for the defeat of the 1990’s, with the help of Russian weapons.

However, the truth is very painful and tells us that during the 1990’s, Russia consistently supported the policy of the West in the Balkans, and its diplomacy acted accordingly. All resolutions in the UN Security Council that referred to the Western Balkans were supported by Russian diplomacy. However, unlike many Western countries, Russia did not respect the arms embargo but strategically equipped and trained Croatia’s armed forces.

Expressing disappointment with Croatia’s behavior, former Russian ambassador to Zagreb Anvar Azimov confirmed this when he reminded Croats who armed and rescued them during the international embargo. During the conversation with the arms dealer, Zvonko Zubak, the ambassador asked for and received a list of Russian deliveries to Croatia with which the interlocutor was familiar, but he also insisted on complete information about the delivered S-300 air defense system. Although the fate of the S-300 system is still a secret in Croatia, the ambassador emphasized that the Croats got it to restrain the Serbs before the “Storm”, and now its location is unknown.

Although declaratively opposed to the break-up of Yugoslavia, Russia quickly established bilateral diplomatic relations with Croatia; even before USA, Albania or Great Britain. Its first ambassador in Zagreb often publicly stated that Russia “never, even in the most fantastic speculations, would have allowed the possibility that any part of the so-called Krajina not be an integral part of Croatia. ” And that this was not just a coincidence, was confirmed by the current ambassador of Russia to Croatia, Andrej Nestorenko, whose first official visit upon taking office was to the grave where he paid his respects to late Franjo Tudjman.

Aghast Russophile citizens and movements in Serbia saw the gesture as humiliation and demanded an apology from the Russian Ministry of Foreign Affairs, but they were met with silence that said it all in diplomatic speak. And when ambassadors, as deputies of the highest rank, do not get admonished for their statements and actions, then it only means that they are strictly following their country’s instructions.

Russian propaganda has distorted the truth so much that today no one believes the facts but only their own perceptions. An example of this is the mentioned embargo at the beginning of the 1990’s on the exports of weapons to Croatia, which was strictly enforced by the Germans and the Americans, unlike Moscow, which used it to profit both at the financial and foreign policy levels. Ensuing events tell us that thanks to Russian deliveries, the Croats drastically raised their operational capabilities to successfully complete operations “Miljevci”, “Maslenica”, “Medacki dzep”, “Blesak” and “Oluja”. Many war atrocities and crimes against Serb civilians were left without trials, but also without any apology. We do not expect an apology from state officials (although it would be a nice, civilized gesture), but a sincere apology would be welcome from those who declare themselves as Orthodox brothers and protectors of Serbs.

ANIMOSITY POLICY: Even Russia’s ambassador to Belgrade, Alexander Bocan-Kharchenko, quickly changed the appropriate diplomatic position that Moscow accepts any agreement reached by Belgrade with Pristina, into: “an agreement is out of the question if Russia, in line with its interests, does not approve it.” In an interview, the Russian ambassador to the Balkans laconically explained: “We want what we want!” Although it grossly violated the diplomatic code and practically blackmailed the current government in Belgrade, Serbia did not retaliate in any adequate way, even in the case of a spy affair and offensive intelligence activities that are never applied against allies and brothers. Because one does not hit back at the empire which meted out hundreds of blows in modern history.

Moscow’s geopolitical approach to the region is based on regional animosities, political elites bogged down in nationalism and the possibility of a new conflict, a tried and tested methodology for the global positioning of Russian interests. Russia has defined a direct cause-and-effect relationship between the Balkan conflicts, instability and frozen conflicts, on the one hand, and its long-term projections of imperial interests, on the other, all with the aim of destabilizing the European idea of unity.

However, it is true that at this time, Russia’s interests are not compatible with Serbia’s interests, because Belgrade cannot afford any conflict, especially a defeat. If we know that frozen conflicts are only a prelude to future conflicts, then it should be in our interest to either resolve them or relax tensions with expressed trust, predictability and transparency in relations with neighbors. The mentality of the Serbian people is burdened by the geographical position between East and West, but also by the history that tells a cautionary tale of unfulfilled promises. Therefore, regional leaders would have to take responsibility for leading the Balkans towards stability, prosperity and the richness of multiculturalism, regardless of the malignant imperial interests or the consequences they would have for their own political ratings.