The time has come for an Atatürk 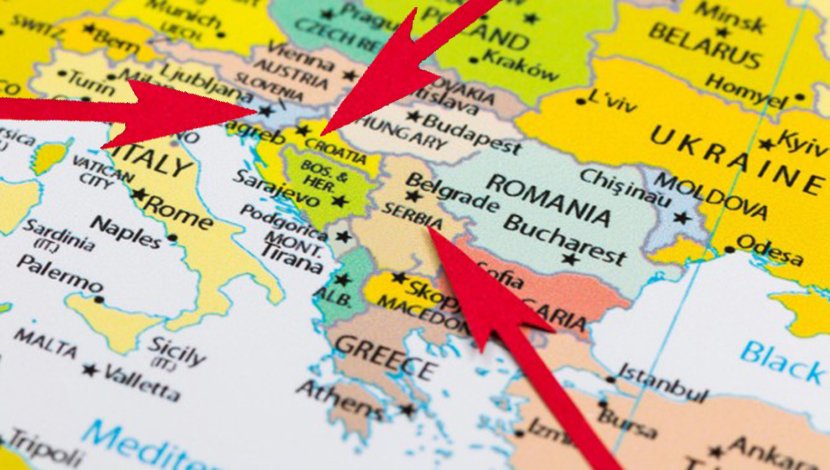 For decades, we have been listening to populist opinions, supported by various obscure media and individuals, how Serbia is east to the west, west to the east, how we are geostrategically positioned as an unavoidable factor in Europe, how the whole world deals with Serbia’s strategic orientation and how the West has almost collapsed. It doesn’t take a lot of wisdom to demystify this opinion, it is enough to look at the geographical map and trade balances to see that Serbia is already in the West. A country that has member states, both EU and NATO, on its eastern and western borders, which has its main arteries of energy supply in the EU and NATO, and which exports its products in EU and NATO countries and which has the largest investments coming from those countries, should not have any dilemma about its positioning, both geographically and in the political, value system, economic, security and any other sense. Although declaratively neutral, Serbia is absolutely dependent on its regional surrounding, but also on the entire EU. This is a fact that is not seen only by those who have an interest in keeping Serbia between two poles or who do not understand that circumstances have changed and that we are in the third decade of the 21st century.

When the Obama administration announced a strategic turn in US foreign policy towards the Asia-Pacific region, it could not have been certain that the Russian Federation would generate a global crisis with nuclear threats on European soil. This crisis, which could have unpredictable consequences, caused a temporary relocation of the centre of gravity forAmerican interests and a return to Europe, but also to the Balkans. In the United States, there was an opinion that thefocus of foreign policy was slowly shifting towards Indochina and the Pacific, that Europe was a “solved” matter and that it could deal with its own security issues. However, the recent start of the war in Ukraine changed that attitude and turned the attention of both the public and the administration towards Europe in a way that has not been seen since the end of the Second World War. The world’s largest power will intensify diplomatic communication and deepen bilateral relations with all Western Balkan countries, strengthen military engagement on all security-sensitive issues, and try to find such modalities of economic cooperation that will accompany improved foreign policy and security ties.

The appointment of the experienced diplomat Christopher Hill as the US ambassador is just one of the indicators of the American return to our region burdened with history and emotions, which largely determine the foreign policy orientation of many countries. That is why his arrival and the diplomatic vocabulary used should be viewed in the context of a new perspective, a sustainable future and the stabilization of the Western Balkans. The ambassador himself often points out that the problem is not Serbia’s relations with Russia or China, but there is a desire to improve the partnership and friendship between Serbia and the United States, and I think that much stronger ties should not be ruled out soon. And it is in these ties that the solution for a better life for all citizens in Serbia lies, as well as stronger ties within the region itself.

The common interest of Serbia, the EU and the United States is to prevent the dispersion of the Ukrainian crisis in the Western Balkans, and to strengthen mutual trust, reliability of relations and predictability of actions in the region. It is paradoxical that, regardless of the global character of the Ukrainian war, the region also received the opportunities provided by the hitherto unnoticed unity of the West. In that sense, the “Open Balkans” initiative absolutely suits all interests in the region. In addition to the single market, economic cooperation, free movement of people and goods, the “Open Balkans” initiative could easily go beyond its initial framework and show credibility in a joint foreign policy and security performance. If the activities of the said initiative were carried within the framework (or according to the principles) of the EU Common Foreign and Security Policy, such expectations in such a geopolitical global positioning would be both realistic and justified.

The cooperation of the Western Balkan countries in the field of security may sound over-ambitious to many, but it should be reminded that the region already reacts greatly to emergency situations, regardless of which territory is affected. That is why the dysfunctional Serbian-Russian Humanitarian Center in Niš should grow into an international humanitarian center “Open Balkans” that would synchronize action with the EU, and why not with NATO as well, in the area of humanitarian effort and where anyone with the desire and capacity to help would be welcomed, from both the east and the west.

The political decadence and personal frustration of some decision-makers in the region should be overcome in order to finally move together towards European values, improve the standard of living of citizens and redress the desires of young people to emigrate. The Prime Minister of the Provisional Administration in Priština, Albin Kurti, is stubbornly blocking the implementation of the Brussels Agreement and the suspension of further negotiations, simply imposing himself as an obstruction to regional trust and a common European path. His opportunistic approach to international obligationshas led to a stalemate in negotiations between Belgrade and Priština, which primarily seeks to strengthen his political position among Kosovo nationalists. Even the Constitutional Court in Pristina ruled that in addition to the position that the agreement on the Union of Serb Municipalities “is not fully in line with the Constitution of Kosovo”, it was emphasized that “the Association of Serb-majority Municipalities will be established as envisaged by the First Agreement”. Such a politically lucrative approach by Kurti is a consequence of the incompetence of the EU and partly of the instability of the Western Balkans, but it should be emphasized that there is no unison support to Kurti from either the West or the region. During the recent visit of Assistant Secretary of State Karen Donfried to Kosovo, the American side encouraged Kurti to look forward to the future and start implementing itsobligations, both from the already signed agreements and towards the dialogue in Brussels.

We are witnesses that the opinion of the International Court of Justice in deciding on the independence of Kosovo proved the unconvincingness of the thesis of a sui generis case because it is increasingly used as an argument and precedent in all ethnic conflicts. Even President Putin used the Kosovo case to assertthe right of the Donetsk and Luhansk People’s Republics to self-determination, and he transplanted parts of the Declaration of Independence of Kosovo when compiling the Declaration on the annexation of Crimea. Guided by its own great power interests, Moscow has always used the Balkans to project interests and destabilize the region, and not to establish the so-called fraternal relations, and especially not to support the interests of Serbia.

If Moscow wanted a permanent foreign policy investment in Serbia, it would never violate the UN embargo in order to arm Croatia or withdraw its contingent of soldiers from Kosovo. The consequence of such a Russian role in the Balkans was the ethnic cleansing of Serbs from Croatia. Basing the political rating on the misconceptions of the Serbian people about fraternal relations with Russia is the most hypocritical and unpatriotic thing we could hear from parts of the opposition “elite”. There are interesting analyses according to which, if it joins the EU countries, Serbia would be left without gas. The facts say the exact opposite, since Serbia needs gas as much as Russia needs a market, after all, we are witnessing that Russia exports gas even to “enemy” countries that are arming Ukraine during this war.

Just as many cannot accept that global geopolitical positioning is underway, so it is easy for us to ignore all the dangers that Serbia faces. With its aggression against Ukraine, Russia has brought all friendly countries to an unenviable position of the ultimate choice of values, and has projected its country towards the Eurasian space in the long run. Serbia must choose its own interest that is not based on particular interests or religious emotions.

Economic flows and the orientation of young people unambiguously determine our state interest and the values we must strive for. At a historical moment in which the Euro-Atlantic and Eurasian space are tragically separated, Serbia should not have any dilemmas. Serbia’s perspective is in the West, regardless of the fact that such a decision will bring some emotional tears. The alternative could be bleak in a still unstable region plagued by conflicts of influence of great powers.

When the great Kemal Ataturk created modern Turkey, he was not guided by the emotions of the majority, but exclusively by interests, and in the end he managed to make a profit for those who resisted the desire not to change anything in Turkey.

Is there an Atatürk in modern Serbia? Personally, I believe that there is and that it is necessary to make the decisions that surgeons make without asking their patients how to help them.