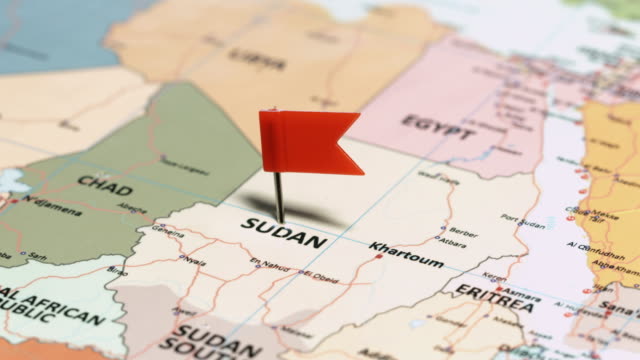 “Half the world knows not how the other half lies”

Disinformation – a deliberate passing on false information in order to cause confusion or completely mislead the recipient is not a novel concept, it is an efficient weapon of war. However, false news or alternative facts as a concept are not a product of the modern era, but an occurrence in existence since the conception of impartment of information. [1]

A noteworthy example of wrong allegations and disinformation is indeed the case of Lundin Energy in Sudan – a Swedish oil and mining company, formerly known as Lundin Petroleum and Carl Bildt, former Prime Minister and Minister of Foreign Affairs of Sweden, as well as a member of the board of Lundin from the year 2000 to 2006. Lundin’s Chairman and former CEO have been under investigation by the Swedish Prosecutor for 11 years for alleged complicity in war crimes. A decision whether to charge has been deferred many times but another suspicion sheet has recently been issued.  A final decision seems to be on the horizon.

Carl Bildt’s prominence in international affairs and diplomacy commenced with his involvement, on behalf of the EU, in brokering peace in the war-torn areas of former Yugoslavia. The lack of prudent international (and local) political leadership prolonged the conflict for a number of years – a continuance that was certainly flawed and wrong. Albeit the indecisiveness of the international community in promptly responding to the conflict, the European diplomacy produced a number of worthy efforts under direction of Carl Bildt. The contribution to peace and stabilization of the post-conflict Bosnia and Herzegovina ensured a rightful place for Carl Bildt, at the time a former Prime Minister of Sweden, in the club of eminent European diplomats of the XXth century.[2]

The Lundin Case and Bildt’s efforts for peace and development in Sudan Lundin was present with commercial interests in Sudan[3] from 1997 to 2003, with field activities taking place only in 1998, 1999 and 2001. Sudan and that time was a fragile State, victim of an ongoing war of competitive interests, which started in 1955, between various tribes and people for land, resources and political power. The commercial interests of Lundin were at that time located in an area known as Block 5A, defined as such not by political boundaries but by the license given to the company in question. An increased funding of local development project in Sudan that improved the quality of life of the local population marked Bildt’s tenure as a board member in the company. Lundin developed a number of infrastructural projects such as: a (I) 75-85 kilometers long road from Rubkona to Thar Jath with water tanks, (II) a bridge of the Bahr el Ghazal river, (III) fresh water system and water wells in villages around the drilling site, (IV) the building and further development of six schools in the local area, and (V) other projects of humanitarian assistance and development.[4] However, it should be emphasized that Bildt’s activities as a board member were primarily aimed at reasserting  the peace process in Sudan, since peace was the crucial precondition for the commercial involvement  of Lundin in Sudan. Lundin, therefore, relied extensively on the experience and skills of its board members: “[…] in a series of trips to Brussels, Cairo, Khartoum, Nairobi and Washington, Bildt met with high-level representatives of the Sudanese Government, including the President, his peace adviser, the Minister of Energy and Mining, the Minister of Foreign Affairs, and the main representative of the Nuer community (later deputy chairman of the SPLA), as well as with representatives of the key nations acting as peace mediators, such as Kenya, Norway, the UK and the USA. Bildt delivered the same message to all: the oil represented an incentive for peace in so far as oil activities could not be pursued in a war context”.[5]

Despite the support provided to the local communities, Carl Bildt and Lundin came under significant attack in 2001 from a number of non-governmental organizations, adopting without attribution, accusations made by the SPLM/A (a side to the conflict). Disputed media allegations and reports [6], therefore, hovered over Bildt’s reputation as a man of peace, stability and security, all linked to his tenure as member of the board of Lundin. As soon as the allegation of war crimes complicity were raised at a political level in Sweden, the Lundin company dispatched their head of corporate social responsibility to investigate and provide a factual assessment of the events. The allegations made by the NGOs were refuted by the EU Heads of Mission and independent journalists who conducted research in situ.

It is worth noting that following such reports and media exposure in 2001 no investigation by the Swedish Prosecutor was commenced against the leadership of the Lundin. However, the allegations were nevertheless kept alive by political opponents of Bildt. In the Swedish elections of 2006 the ruling coalition of that time, formed by the Social Democrats and the Green Party lost the elections and saw Carl Bildt being appointed as Foreign Minister. The election loss fueled a series of political attacks against the integrity of Bildt and Lundin, culminating in the publication of an inflammatory article called “Bildt’s Oil Connections are Financing Genocide” by a rival politician Peter Hultqvist. The article, written in rather poor taste, with disinformation as the main goal, did not take into consideration the rejection of the allegations made against Lundin’s work in 2001 and Carl Bildt’s later peace building shuttle diplomacy.

This disinformation campaign was intensified following the publication in June 2010 of an accusatory report within the NGO sector with known links to one of the party’s in the conflict. This report was published three months before the Swedish general election of September 2010. It should be of particular interest, to keen observers of Swedish political environment, that the Swedish Prosecutor was prepared to open an investigation into Lundin during such a politically sensitive period and attract the perception of activism.

Disinformation efforts in the case of Lundin and the smear campaign against Carl Bildt are an interesting case study of how politics, media and pressure groups may not only cause unfounded reputational damage to companies and individuals, but also shape a narrative which has bamboozled the Swedish Prosecution and caused damage to a number of stakeholders, including local communities and the peace process as a whole.

From the perspective of 2021, recalling the highly controversial past performance of the Swedish Prosecution in the case of Julian Assange, one can observe the current Prosecution’s efforts more than ever to appear tainted by a political agenda, while attempts to jeopardize Bildt’s reputation remained futile. In 2020 Carl Bildt was awarded the “Emerging Europe’s Remarkable Achievement Awards 2020”,[7] alongside the famed Goran Bregović, as a recognition for the positive contribution towards peace during the Balkan wars –  especially in Bosnia and Herzegovina as well as Kosovo. Undoubtedly, Bildt’s efforts in utilising the economic diplomacy, contributed to the peace efforts in Sudan and will be remembered long after the disinformation campaign and tainted and politically motivated Swedish Prosecutor’s effort against Lundin Energy. A worthy battle for the truth and the challenge for a bruised Swedish Prosecution.

[1] As provided in a publication by the Dutch organization Pax Vrede. Wie Druft: Lundin Oil in Sudan (May, 2001) available at: https://paxvoorvrede.nl/media/download/lundin-oil-in-sudan-may-2001.pdf

[5] Carl Bildt’s short biography is provided by the European Council on Foreign Relations, available at: https://ecfr.eu/profile/carl-bildt/

[6] It should be noted that the area where Lundin operated is located in today’s South Sudan which proclaimed independence in 2011.