Who needs cleaners and mowers in the Serbian Armed Forces? 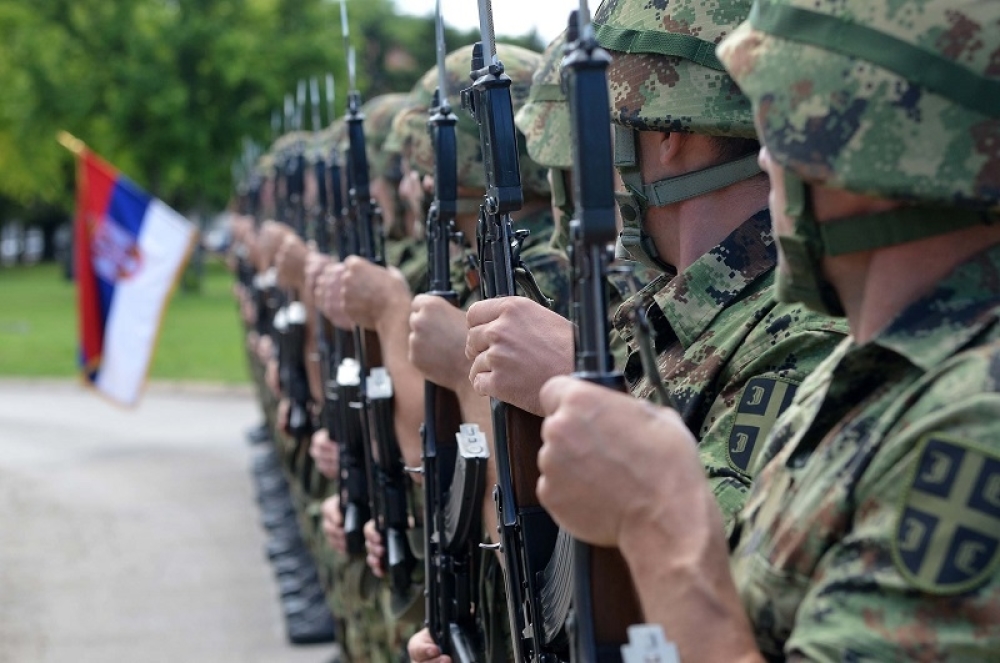 Image Source: Ministry of Defense of Republic of Serbia

We witnesses again a levy and dishonestly created mandatory military service campaign, made up on the basis of the non-transparent and incomplete research.

The model, organization, and a number of defense forces, including the Serbian Armed Forces (SAF), are a state-of-the-art issue of strategic importance, and we believe that this issue is reduced to the level of a periodic media manipulation by the political establishment. When thinking about this, the starting point is expected to be an assessment of the situation in the environment and potential and real security challenges, risks and threats, followed by the government’s choice – either a collective security system or counting on its own resources, then, the citizen’s relation to the security and defense affairs as well as financing possibilities, and so on.

Instead of seeking answers to the above-mentioned security issues, without any techno-economic analysis that would point to the rationality and viability of a security solution, the ruling party representatives, in a populist manner, advocate the introduction of the mandatory military service and creation of an inoperative army probably because of some nostalgic memories of the Cold War and influence the YPA (Yugoslav Peoples Army) once used to have in the society.

With full awareness and maliciously, they ignore the fact that the delay and neglecting the process of the SAF professionalization as well as the established concepts of the active reserve and total defense, was caused by a set of politicians who came to power in 2012. The conservative political, military and media circles use the phony public opinion research to
disturb the people again with current security threats and the necessity of establishing a large standing army. Even the army reform in the Russian Federation, which began in 2008, aims at gradual and full professionalization along with ending the regular military service that would enhance their operational capabilities. It is little known that the number of professionals in the Russian army is higher than the number of recruits.

Beside the fact that the decision to introduce a mandatory military service would influence the political rating of the ruling establishment, it would also have the effect on stimulating young people to leave the country. The state budget would certainly have to be redefined in favour of the defense system and on the cost of education, health, and probably agriculture. Last year, the Ministry of Defense, without any publicly available analysis, announced that the introduction of the mandatory military service would cost 70 billion RSD. Knowing the people who made this claim, I am inclined to believe that this is absolutely the lump-sum assessment, based on a lack
of understanding of the needs and role of the army in society, but also on the desire to gain sympathy from the national voter corps. The consequences of the economic development and the annual GDP as well as the possible dismission of 10,000 contracted soldiers, are not, for sure,
even considered. Experience has taught us that this act would add to neither national nor even personal safety of the citizens.

The Serbian Armed Forces definitely cannot take a social responsibility of upbringing young people, which is one of the arguments used for the reintroduction of the mandatory military service. The order and rules of conduct as well as understanding of life and finding a way through it are the postulates that children should learn from their own family and society. However, the populist ideas about the military as an educational institution, suggest that the problems appearing in the society and modern family should be transferred to the institution of the Army. It was a forgotten, but still well-known fact to all who served in the YPA that young people who did not see themselves in the army even took their lives because of that, which, in case of professional soldiers, does not happen.

Creating and maintaining an efficient defense system, which would be a guarantee for a long- term protection of the defined state and national values, is a demanding and responsible state affair. This is not an issue for so-called “military analysts” who are in service of every authority, but for the experts who put the national values ​​above their own personal priorities. When such conservative “military analysts” declare that “a place for women in the army is only in a medical unit”, then, it is clear that such a distorted perception of security comes from the time before the Great War.

The public has to know that the concept of ​​security, with all its vagueness, the irresponsible tabloid and populist intentions and short-term interests is presented having the domestic political surroundings in mind. In our country, the international aspects and perception of the neighbouring countries are not taken into account. If a country, in the time of peace, cannot provide security to its nation through voluntary and professional engagement in the military and has to introduce a mandatory military service, it is high time we should think about the situation in our society.

Finally, a strategic document defines contemporary challenges, risks and threats just as well as the security environment. If the army needs cleaners, mowers, porters, and so on, then, one can wonder about how other modern professional armies solve these issues – they do it by outsourcing, which is, using the services of companies specializing in fulfilling these needs. If there exists a fear whether a professional army is capable, equipped and trained to defend a country from an external enemy, then it must be known that all countries in the region already professionalized their armies and being such, they do not have greater defense capabilities than Serbia.

The solution to the problem of manning the SAF units should be sought in better living and professional standards of the army personnel as well as in improving the reputation of the entire Ministry of Defense.

Author: Dragan Šutanovac, former Minister of Defense of Republic of Serbia and a president of the Strategic Policy Council