TERRORISM IS AT THE DOOR 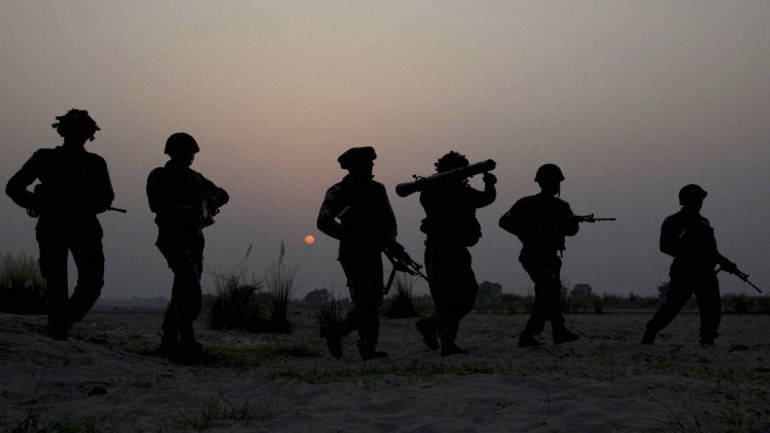 A powerful explosion that shaken the metro in St. Petersburg on April 3rd and incursion truck in the pedestrian zone in Stockholm on April 7th, 2017 are among the latest in a series of indicators that the global society faces “invisible” and hard-to-catch enemies – terrorism, knowing no boundaries and being hard to sanction. As a non-conventional threat, it threatens the internal and international security and significant resources of society representing a blow to the legal and political order of each state. With the various manifestations and devastating consequences for humanity, it has been promoted to the greatest danger to world peace.

Terrorism gets on the swing. Over the past 15 years, across the globe, over 30,000 terrorist actions were registered in which about 150,000 people died. It is estimated that economic costs, only in 2015, amounted to $ 53 billion, which is the highest ever reached sum and ten times higher than in the year 2000.

Some analysts and theorists openly talk about programmed actions, calculated on the achievement of the globalists’ goals. This is illustrated by the examples of destroying the regime and instrumentalization of the Islamic radicalism in Iraq, Libya, Syria, etc it is a “wick” for a wider conflict. Because of it, the world is on the verge of war, because it is increasingly difficult to control conflicts.

Although “Al Qaeda” is widespread in 35 countries around the world, the actual terrorist threat is the Islamic State (ISIS or ISIL) which shows the ambition to impose itself as the leader of the world’s jihads movement. It claimed responsibility for numerous attacks in Europe and massacres in the Middle East and now threatens with new attacks. More and more frequent and more brutal terrorist attacks show that the security environment has changed and that society is vulnerable. Therefore, every country has a duty to fight against this great evil of today. This task requires the engagement of all relevant international and national institutions starting from the police, through intelligence services and up to the army.

On the ISIS maps, the Balkans is part of the global caliphate. The region becomes a polygon for recruiting jihadists, but also a possible target of terrorist attacks. Serbia is among the endangered countries. Sparks that can “fire barrels” are the situation at the north of Kosovo and Metohija and the porous political situation in the region. The circumstances favor the radicalization treatment of the extremists. The ISIS flags flutter in BiH! On social networks, images of the students from Novi Pazar with jihadistic labels appeared! The Albanian National Army (ANA), which is a part of the Kosovo Liberation Army (KLA), is active again. Nearly 100 training camps for terrorists are located in the Balkans. Of approximately 1,000 people from the region who went to war in Syria, about 60% returned with the motive to involve themselves into further terrorist actions. They intend to recruit and train the Muslims “of Slovene appearance” because the inconspicuous terrorists do not raise the attention and suspicion of security services.

The inevitable question is whether the wave of migrants, who “splash” into our country, is a threat to the national and citizen security? Information that several terrorists who carried out the attacks in France, Belgium and Germany in 2016 passed through Serbia, confirmed the assumptions that the ISIS fighters were infiltrated into migrants. There are several thousand of them in Serbia today. This indicates the sensitivity of the security situation, and, first of all, the necessity of undertaking, the preventive measures to protect personal and property safety. However, no competent authority announces the risk assessment and potential hazards, and it is not known whether and what has been done to prevent terrorism, violent extremism and radicalization that leads to terrorism; even these days, when mass gatherings are organized (in Belgrade, Novi Sad, Niš and other cities) by citizens dissatisfied with the results of the last presidential elections and the situation in the country. In such circumstances, every new day and gathering represent a new challenge, risk and threat, and not only for the participants of the protest.

How to prevent or reduce the consequences of terrorist activities is one of the most important issues that all countries face. Since no security system can eliminate all the dangers, inter-state cooperation is necessary. A global terrorist threat requires a global response. However, the impression is that terrorist attacks in the world, the consequences they leave behind and the connection of terrorism with organized crime are not sufficient reason for the state authorities of the Republic of Serbia to strategically and normatively regulate protection against the real danger. Namely, after the adoption of the new National Strategy for the fight against money laundering and financing of terrorism, there is a lack of continuity and systematicity. Late creation of a unique database for the fight against terrorism and the adoption of a proposal for the National strategy for the prevention and fight against terrorism is a prerequisite for the development of a policy for combating terrorism. The adoption of this document is foreseen in Chapter 24 – one of the essentials for the EU accession. It should be kept in mind that the current National Security Strategy of the Republic of Serbia and the Defense Strategy of the Republic of Serbia are of a secondary significance to asymmetric threats and responses to them.

Neither harmonization of laws with international standards is not in line with the needs of increasing the capacities and abilities to counter terrorism. Two new offenses entered the Criminal code – participation and organization of participation in a war or armed conflict in a foreign country. That is not enough. Changes are necessary in the Law regarding confiscation of assets acquired by criminal acts, in the Law on organization and jurisdiction of the state authorities in fighting against organized crime, corruption and other serious crimes, Law on prevention of money laundering and in the financing of terrorism, as well as in by-laws.

Given that the coordination of the state bodies and security services is crucial for the fight against terrorism, a more complete division of jurisdiction is needed, recognizing the role of private security, highlighting the importance of the civil protection system in responding to terrorist acts, but also the development of the security culture of society, building a critical infrastructure protection system and resource analysis for the implementation of the defined activities. The remaining obligations are an imperative and do not tolerate procrastination or a superficial approach.