Serbia and NATO can and must cooperate 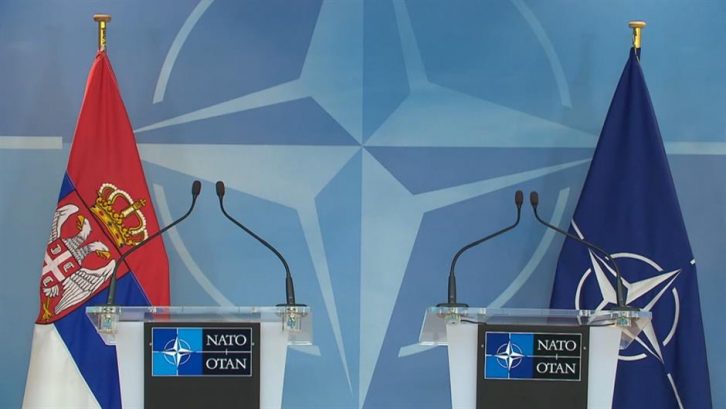 Self-proclaimed military neutrality is an unfounded and internationally unrecognized form of a vague content. Montenegro’s entry into NATO and certainty that Macedonia will join this alliance is another reason for re-examining Serbia’s determination.

The defense of Serbia is the main national interest, since it creates the preconditions for the overall development and prosperity. Increasingly pronounced violent extremism, terrorism, organized crime and other dangers increase the importance of interstate partnership and a common approach to the neutralization of the mentioned risks.

The process of normalization of relations with NATO began in 2002 by the decision of the Federal Government that the FRY should have joined the Partnership for Peace (PfP) program.
Since then, there has been a hesitation about the choice between an independent and collective security system.

As an independent state, Serbia tries to build a defense system that is a tailor-made for its needs and capacities, but also a capability to cooperate with other international actors to build the national, regional and global security. However, the absence of an external political strategy influences the definition of the country’s security policy. Self-proclaimed military neutrality (2007.) is an unfounded and internationally unrecognized form with the unclear content. Because of the lack of consensus, the content is written and rewritten by those who rule, starting from the institutionalized cooperation with NATO to the military cooperation with the US and Russia. The attitude of the general, political and professional public towards this issue is different, incompatible and often opposing. It is certain that the military neutrality of Serbia does not mean the absence of possibility to cooperate with other security structures and states since other neutral countries show this option by their own example.

The relations between Serbia and NATO are specific due to the events from the recent past and open current issues that burden already established ones. In that sense, the participation of Serbia in the PfP program is an adequate framework for the further development of relations with NATO because of the flexibility of the program and the ability to adapt to each participant. The participation in the PfP contributes to the building of operational capabilities and achievement of the interoperability of the Serbian Armed Forces and it also keeps Serbia on its way to European integrations and mutual security as well as to the defense policy of the EU.

Serbia and NATO can and must cooperate without Serbia’s being a part of the alliance because it is of mutual interest. NATO has such a relationship with Russia as well. A cooperation based on a rational approach is also supported by the need to preserve security in Kosovo and Metohija, which is important for the security of the whole region. Many parameters indicate that the defense capabilities of Serbia are not sufficient to respond adequately to the existing and future challenges, risks and threats. The key problem is the unsustainability of the defense system which is not in line with the available financial resources and needs.

A long-term development plan of the defense system predicts the allocation of at least 2 % of GDP, but it is decreasing from year to year (in 2016 it was 1.36% of GDP). Nevertheless, the Serbia’s security policy is based on the concept of the total defense, the essence of which is the use of all capacities and the participation of all the entities of the society in defense. However, no assumptions are made about the application of this concept, nor does it create a new one based on the realistic interests and attainable goals arising from the geopolitical situation. The current orientation is pro-European, which will, increasingly manifest its influence on the security policy. Eventually, a distance from the beginning of cooperation with NATO can be made, but it can jeopardize Serbia’s own security. For the time being, the scope and forms of cooperation are not in contradiction with formally declared military neutrality.

The recent membership of Montenegro in NATO and certainty that Macedonia will join the collective security system is another reason for re-examining the Serbia’s determination. Consequently, several issues should be taken into account: the crisis at the Balkans has not been overcome and may escalate; the collective defense system provides stability of security, which is important for the economic prosperity of the country; accepting the NATO standards and cooperation or membership in the alliance require significant resources, while this neutrality costs much more and does not bring the country’s security to the predicted level; possible membership in NATO reduces the chance for conventional jeopardizing its territory, but brings a risk of greater exposure to transnational threats and worsening the relations with Russia.

Sooner or later, the analysts and citizens will realize that strong states do what they want and can, and weak what they must.