Power Politics and the future of the West 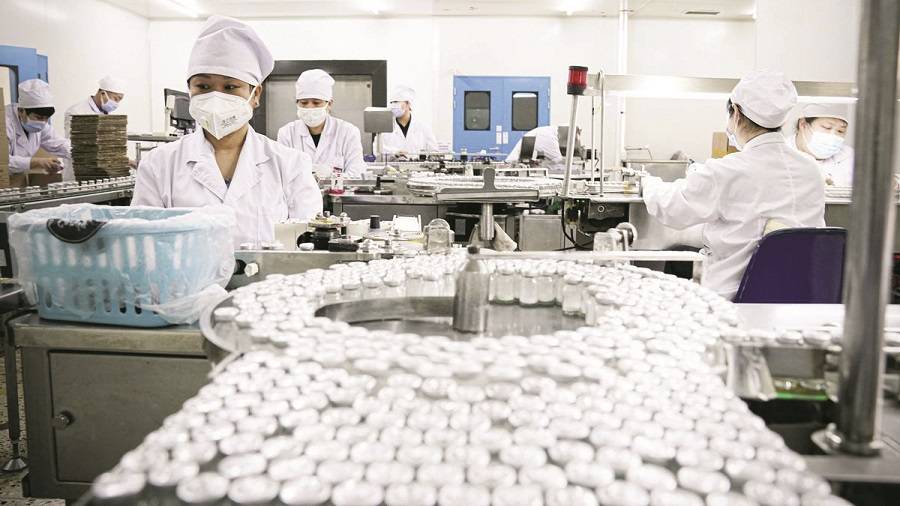 Author: Marko Babić, professor at the University of Warsaw and associate of the Council for Strategic Policies

Thirty years after the end of the Cold War and a period of relative stability of the international order with the dominant role of the United States, we face a situation of growing tensions related to the fundamental reconfiguration of the world geopolitical scene.

The United States aims to maintain its dominant position, Russia to revise the international order that emerged after the fall of the Soviet Union and China wants a radical change, that is, a completely new world order subordinated to its priorities and interests. Regardless of certain dynamics of Russian influence in the world, the American-Chinese rivalry will decide on domination on a global level. Actual Pandemic will undoubtedly accelerate this process.

China has recorded a staggering 900% of GDP growth in the last 30 years, the prosperity of the middle class and from a country of global irrelevance has become a country of great geopolitical self-confidence. On the other hand, the United States (and other Western countries) by implementing an open market policy on a global level have made a cardinal mistake that can cost them dearly. Namely, they transferred most of their own production capacities to China, not only to use its market potential, but also to place their products on world markets using Chinese cheap labor. By doing so,  they allowed Chinese access not only to Western technologies, research centers, laboratories, but also the most important – technological culture, processes and, last but not least, achieving high technological quality of Chinese worker. Greed-led economic efforts or not, the process of mass transfer of knowledge and technology to China led to the deindustrialization of the American economy, problems with disturbed social cohesion and political consensus, which was especially evident during Trump’s mandate. The new American president inherits all these problems with a great doubt whether he will be able to respond the right way.

Is it too late for a reversal? What can the United States and the West do to stop China’s seemingly unstoppable march toward Worlds’ domination? The following steps seem inevitable, yet highly questionable considering their full implementation:

1. A radical change in policy towards China that would encompass bringing  supply chains back home as well as imposing restrictions on the Chinese access to technological knowledge, i.e., the Western technical education system.

2. Since the strategy to contain China is not effective anymore and brings long-term risks, the West must regain its dominance in technological competition with China. It is a challenge in the rank of flying to the Moon in the 1960s, when the rival was the Soviet Union. Therefore, a large investment in higher education is necessary, primarily in technical sciences. For example, today most students studying technical majors in the United States are foreigners. Before the Pandemic, out of a million foreign students at American universities, about 370,000 were Chinese, mostly attending masters programs in technical studies. There is a necessity for reducing dependence on China for strategic goods. For example, it is astonishing that the Americans allowed 80% of the antibiotics used in the United States to be produced in China. One does not need to be an expert to understand what this means for the position of a country at a time of impending geopolitical conflict with China. On the other hand, Japan, as a country of the Far East but of Western axiological credo, understanding the seriousness of the situation, has already taken action. The goal is to return at least 35% of the existing production of Japanese companies from China to homeland as soon as possible.

3. The West urgently needs to restore military capabilities.  European NATO members are not prepared for serious military operations abroad. Frequent NATO’s spending calls on military of minimum 2% of GDP by each member-state, even if realistic, will remain ineffective unless readiness and training of European armies for military operations overseas was achieved. And that is exactly what US officials demand from their European allies.

The United States has been waging continuous wars for 30 years and is  incapable of doing so in the future on two or more fronts (as was the case, i.e., during World War II). If there is a conflict in the Indo-Pacific region, the Americans will undoubtedly concentrate their forces there. That is why they need European allies. And that’s where the problem arises. For the United States, China globally represents the greatest economic and military challenge. For Europeans, China is currently primarily an economic challenge. The biggest task of the West in the upcoming period is to reach a consensus between these two approaches. Only this way can it adequately respond to the new geopolitical challenges that follow.

From American perspective, Russia continues to be a major threat to Europe. Europeans are divided over the issue. The Baltic states, Poland, and Romania fully share the American approach. Germany, not the NATO Eastern flank country anymore, considers Russia primarily as a potential partner, not a geopolitical rival. Its aim is to solidify political dominance over Central Europe and the European south. France, traditionally interested in the south of the continent, now differently defines the continental borders. From this French perspective, it is no longer the Mediterranean, but North Africa and the Sahel. Other European players are likely to remain within one of these conceptions over time, depending on their interests and priorities.

There has been an ongoing process of a global change in balance of power. The World order with the dominant role of the Anglo-Saxons seems to be losing its dynamics. Narratives based on the constructivist, idealistic world of liberal values ​​are losing its significance. The “Power Politics” and the balance of power momentum is back. Some European countries have already recognized the change. For example, France understands that it needs Russia in Europe in order to balance the influence of Turkey, Germany, the United States, and even China. Germany also needs Russia in Europe for its energy-geopolitical reasons. In that sense, Russia’ influence is increasingly noticeable especially through the (un)decisive (un)reaction of the West considering political and military events in Ukraine or just recently in Belarus. European Union as a political organization risks global irrelevance due to becoming a potential playground for global actors’ ambitions. Therefore, deep and immediate reforms are needed.

This new situation can be dangerous for small Balkan countries if remain objects of politics. In might potentially provide an opportunity for some countries to reshuffle their geopolitical position in becoming a regional subject of politics. A rhetorical question is what will be expected from those Balkan states that are American allies in NATO in the upcoming conflict? What if the upcoming period brings geopolitical tectonic changes like the ones taken place in 1989? Would such countries as Serbia be prepared this time for a new “opening”?