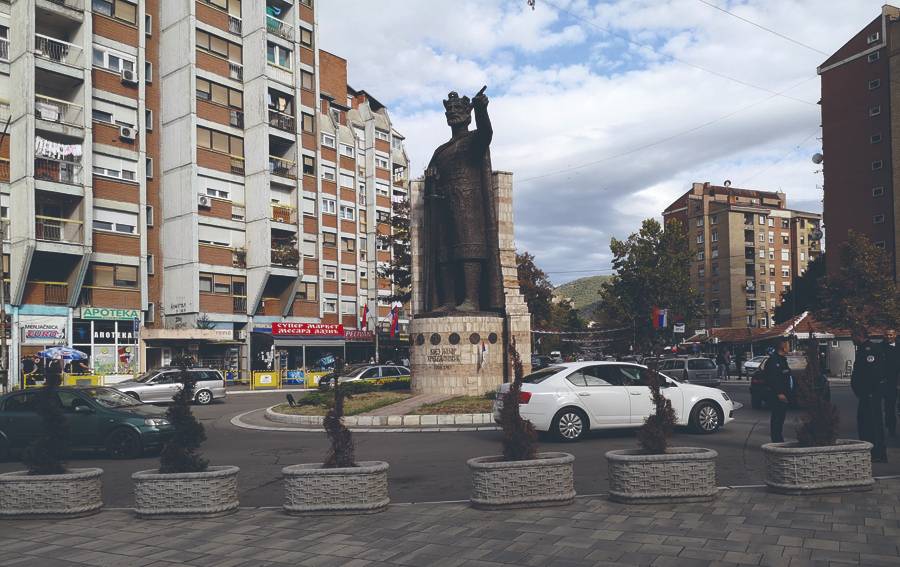 It is contradictory that the majority of Serbs keeps to the position that the whole of Kosovo should be territorially integrated with Serbia, but also that Albanians should not be part of the institutional government. Also, Pristina wants full sovereignty over the territory, but does not want to allow Serbs to have any levers of power.

The process of normalization of relations between Belgrade and Pristina is obviously conditioned by the consequences on their domicile political environments. Thus, no side wants to sign details which would affect their political ratings, and the international community still tolerates such populism. The only common goal of both sides is full commitment to EU integration which could serve as a carrot if there is consent of the EU members themselves.

However, the lack of pro-EU enthusiasm in the Western Balkans is indicated due to Brussels’ internal problems, but also the long accession process without specific timeline.

The example of Northern Macedonia showed to the entire region that commitment and enthusiasm for European values falter in the face of political populism and unfulfilled expectations, and political parties of hunters of prey, as a rule, beat ideological parties (according to Max Weber’s categorization).

POWER(LESS) EUROPEAN IDEA: The basic dispute over the normalization of relations is a conflicting approach to a status where views on recognition are opposed. But with the recognition, an important context of normalization is the territorial dispute over the northern part of Kosovo, which is mostly inhabited by Serbs. That part makes about 10% of the territory of Kosovo, which the communists donated to the Autonomous Province of Kosovo and Metohija in the period from 1958 to 1963, and now it is in the focus of both sides that are trying to achieve the highest possible level of sovereignty in the negotiations.

What Belgrade has understood, and Pristina has not yet, is what European values represent and that they should be institutionally incorporated into the state system.

It is contradictory that the majority of Serbs keeps to the position that the whole of Kosovo should be territorially integrated with Serbia, but also that Albanians should not be part of the institutional government. Not only that this is not sustainable, but also it is compromising in the international community, and especially in the EU accession process.

Pristina wants full sovereignty over the territory, but does not want to allow Serbs to have any levers of power. Apart from the nice vocabulary regarding commitment to multiethnicity and coexistence, the example of Kosovo’s diplomacy sufficiently illustrates the thesis of intolerance – out of over 30 ambassadors and over 30 consuls general, none is a Serb.

Despite all the obstructions in the negotiations, with special emphasis on occasional and unnecessary incidents and incendiary political vocabulary, the only future could be seen in the full normalization of bilateral relations between Belgrade and Pristina and a visible prospect of the EU integration. Only in that way depopulation could be stopped and the hopelessness that is spreading uncontrollably, beyond all physical and mental borders of the Western Balkans, could be reined. Otherwise, the EU may see the creation of superficial egalitarianism in the Western Balkans becoming a synonym for injustice and autocracy. Let us hope that we will together overcome the danger of social ruin in which young people feel pity for teachers and admiration for drug dealers.

HEAD IN THE SAND: However, regardless of the efforts of the international community and possible painful compromises between Belgrade and Pristina, we can justifiably doubt the sustainability of the comprehensive normalization of relations because mistrust and security antagonism are characteristics of Balkan modernity. In addition to economic, energy, customs, education and all other issues important for the normal life of the population, it is important to ensure mutual trust through a military security annex to the agreement, which the public ignores and experts underestimate. Although mutual trust cannot be established by a decree, the agreed security aspects of normalization of relations, with the supremacy of a political agreement and credible guarantees from the international community could lead to partnership and a long-term sustainable agreement in all other areas of cooperation.

Regardless of whether it is acceptable to the majority of Serbia or not, on October 18, 2018, the Assembly of Kosovo approved the transformation of the Kosovo Security Forces into the Kosovo Armed Forces within 10 years. There is no doubt that this will happen with the support of countries with which Belgrade has close bilateral relations as well.

Pristina already has eight accredited defense attaches in the world (Berlin, Paris, Brussels, Washington, London, Ankara, Tirana and Zagreb) who represent the Armed Forces in uniform and rank. Burying one’s head in the sand or believing in populist vocabulary and often utopian international legal norms, it is realistic to expect that some kind of Armed Forces will be formed in Kosovo with the financial and advisory support of some powerful countries. The only thing that Serbia must not allow is war, because any possible conflict would be lost, considering that we did not create allies and that we still believe in the delusion of military neutrality.

The alternative we have left is to create a kind of partnership with the Kosovo Armed Forces in response to current and future security challenges, risks and threats. Given the turbulent past and conflicting present, it is currently difficult to believe in the possibility of a partnership. But if, at the end of the process, a political agreement is reached, which is the basis for normalization, then both sides should make an additional effort to create the beginning of trust through the annex to the security agreement, which is now unthinkable.

COOPERATION INSTEAD OF SIGHT: Therefore, it should be emphasized that such a security agreement should be incorporated into a possible political agreement and should not be delayed for later because a missed opportunity can generate a committed enemy instead of a potential partner.

Such a possible security agreement could include limiting the number of members of the Kosovo Armed Forces, introducing a communitarianism quota system for numbers and significant functions, inability to develop certain combat capabilities, limiting the caliber of combat systems, establishing reciprocal arms control mechanisms, developing intelligence-security agency cooperation. The agreed restrictions could also apply to all foreign troops stationed in Kosovo as long as Serbia is committed to its military neutral status.

It should be emphasized that a quota system or national key is not ideal for a society because it simply does not provide the highest quality, but in a situation where building mutual trust is a priority, it is the only possible solution. If Serbs were to hold important positions in the army and the state apparatus, then the perception of trust could change and a partnership could be slowly established. The only precondition would be a harmonized political agreement that would definitely have long-term sustainability with security guarantees.

And, regardless of the seductive populism that usually flirts with belligerent vocabulary, as well as the danger that this idea will be characterized as high treason, Serbia’s long-term interest is to have reliable and predictable partners in the region. The Kosovo Armed Forces, with about 15% of Serbs in some command positions and limited combat capabilities, could hypothetically become a partner of both Serbia and Albania.

If we do not create such a situation, the alternative is long-term mistrust, intense intelligence and hybrid conflict, but also unsustainable financial investment of both sides in defense capabilities. There is no need to waste words on the perspective of young people – they will go where there is a smile in their environment.