CSTO – all for one, one for itself – The Kazakhstan Case 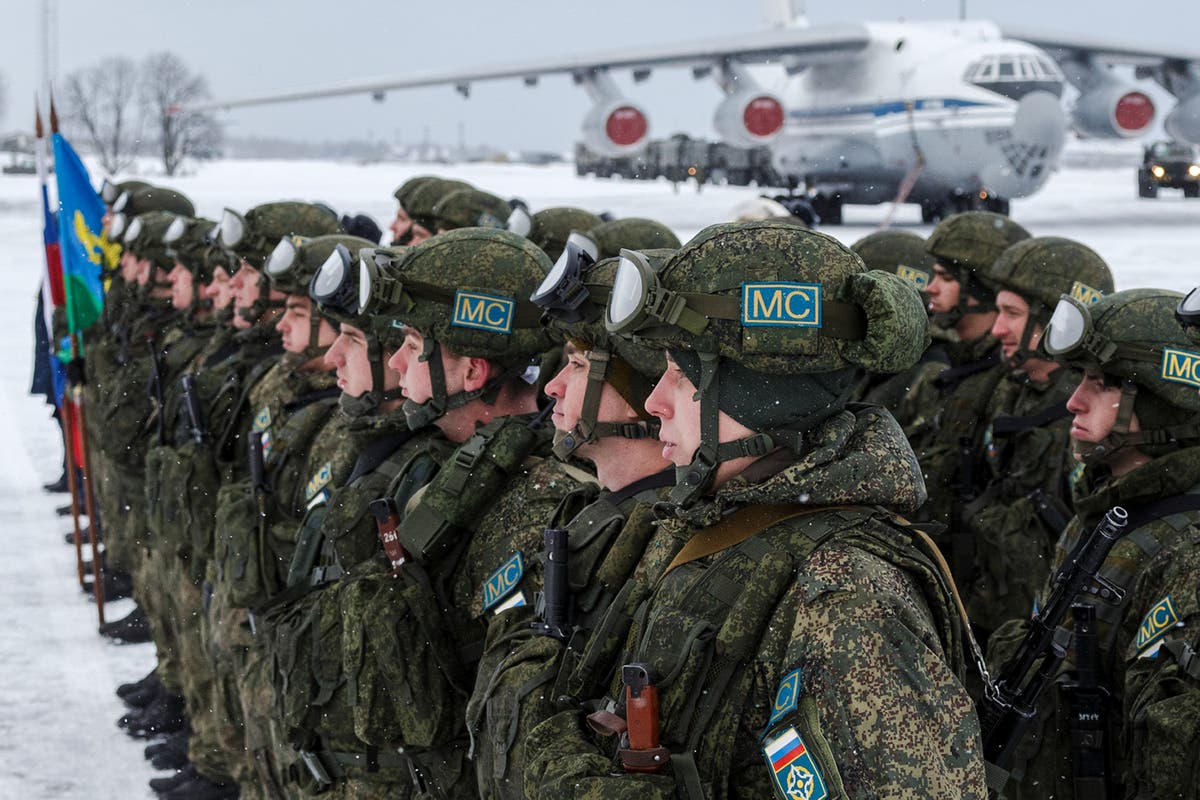 The deployment of a peacekeeping contingent of the Collective Security Treaty Organization (CSTO) in Kazakhstan to protect the regime will be a turning point for the entire post-Soviet space. However, the geopolitical consequences will be reflected in a direct or indirect manner on the whole of Central Asia and, paradoxically, will lead to further destabilization and repositioning of foreign influences.

Although the cause of violent demonstrations was banal (140% increase in the price of liquefied gas from 0.10 to 0.24 euros), it is clear that Kazakhstan is facing structural social discontent, material inequality and a rigid political autocracy that is holding the state administration hostage. The need for higher energy prices is a product of the crisis in the energy sector, which was caused, among other things, by a massive “mining” of cryptocurrencies by hundreds of thousands of Chinese companies that moved to Kazakhstan due to cheap energy, lack of legislation and systemic corruption, which are draining the energy resources of an already impoverished country.

Despite the fact that the President of Kazakhstan, Kassym-Jomart Tokayev, has been in power for almost three years, the protesters directed all their anger at his predecessor, Nursultan Nazarbayev, who retained a powerful role in the security apparatus, and political influence. In the foreign policy context, Nazarbayev balanced with Russia, China, the United States, the EU and Turkey, while Tokayev focused exclusively on the relationship with Moscow and Beijing. China is very satisfied with the attitude of the new government of Kazakhstan towards the Uighurs, as well as with the joint project of uranium exploitation and the production of fuel assemblies for nuclear power plants. The China General Nuclear Power Corporation (CGNPC) is involved in the latter project and there are indications that it is working to improve China’s nuclear military capabilities. Thus, China’s strategic interests in Kazakhstan, and its diplomatically sensitive rhetoric in relation to Russia’s intervention, are understandable.

It is symptomatic that now even officials fail to call the capital city by its name Nur-sultan, but use the euphemism of “capital” instead. In any case, the current events in Kazakhstan represent only one episode in a series of violent conflicts, such as the one that occurred in the city of Zhanaozen in 2011, when the police killed 16 workers in the oil sector. Unfortunately, there are no clear indications that the recent riots will also be the last.

In order to fulfill the formal reason for the engagement of CSTO forces (Article 4 of the Collective Security Treaty), President Tokayev characterized the demonstrations as “an act of aggression by international terrorist groups that have undergone special training abroad.” However, the CSTO’s inconsistency has already been proven by ignoring a series of revolutions and ethnic violence that occurred in Kyrgyzstan, during the Armenian-Azerbaijani conflict, and the brief struggles between Kyrgyzstan and Tajikistan. The example of Armenia especially emphasizes the importance of allies and the uselessness of formal membership in a fictitious security alliance, which is becoming increasingly clear that it is exclusively in the function of Moscow’s interests. Despite the alliance, the CSTO and Russia did not react to the attacks and violation of Armenia’s air sovereignty, and even more paradoxical is the fact that a CSTO member (Belarus) continuously exported missiles to Azerbaijan for the multi-barrel Polonez rocket launchers during the hostilities. In all these cases, Moscow has invoked a liberal approach towards human rights or sovereignty as a justification of CSTO’s non-intervention, while in the case of Kazakhstan, a conservative approach was taken due to endangered security and destabilization of the region by an imaginary third power. Owing to all the above, it could be concluded that the CSTO positioned itself only as a formal security alliance that provides illusionary security to its members, and that all obligations arising from CSTO are of lesser importance in comparison to the national interest and projection of power of the leading member state.

Officially, the CSTO peacekeeping forces in Kazakhstan consist of 3.000 Russian, 500 Belarusian, 200 Tajik and 70 Armenian soldiers. Their declared task will be to protect strategic facilities, ie critical state infrastructure, and they will allegedly not participate in the suppression of demonstrations. However, their presence will enable the Kazakh security forces to deal with the protesters with much greater force. The commander of the CSTO peacekeeping contingent is Colonel-General Andrey Serdyukov, otherwise the commander of the Russian airborne forces, and all engaged units have a high level of training with real combat experience from Ukraine. Although officials claim that these forces will not be used against the demonstrators, they also include a modern system for electronic warfare, which is also intended for locating, monitoring, interfering with and attacking civilian GSM communications.

By quickly deploying significant forces to Kazakhstan, Moscow has explicitly shown its readiness to protect its own economic and foreign policy interests with its military power. Moreover, there should be no doubt that in case the situation worsens, they will send additional forces. The question arises whether Russia was prepared in advance for the Kazakh crisis. Although such development of events will not help solve the basic social problems in Kazakhstan, it will provide Moscow with benefits based on the Russian military presence. At the same time, through coalition engagement, it secured the formal political legitimacy of the CSTO, which has long since lost its credibility.

It is indisputable that the Russian military presence will not come cheap for Kazakhstan in terms of preserving sovereignty, but also in terms of weakening of any future government that will constantly have to provide evidence of loyalty. Public calls are already being heard in Moscow to compensate the military engagement through the recognition of Crimea’s annexation by Kazakhstan, the return of the Cyrillic alphabet and the introduction of Russian as the second official language. However, what is more realistic at the moment, and reminds of the relations between Serbia and Russia in emergency situations during which Serbia pays in advance for the engagement of Russian personnel and equipment, Kazakhstan will certainly and directly pay for the engagement of CSTO troops. The deputy chairman of the Russian State Duma even suggested that the Russian peacekeeping contingent be kept in Kazakhstan for an unlimited amount of time in order to protect the population of the Russian-speaking area. The vocabulary of Russian nationalists has not recognized the sovereignty of the post-Soviet republics for a long time, but now it is moving towards the notions of the protection of the nation, the “Russian world” and the military protection of the Russian language. Today, Moscow is no longer talking about the area of ​​the former Soviet Union, but about the Russian world, and the Patriarch of all Russia is even more exact, with referring to his believers as inhabitants of the “historical Russia” during his Christmas address.

It is obvious that the entire international community, and especially the Western one, was surprised by the rapid development of uncontrolled violence in a very closed and conservative society such as Kazakhstan is, which indicates that there is little chance of third party involvement. Even the world’s leading media did not adequately report from this Central Asian country, and all the news was mostly spread through Moscow. What is even more worrying is the lack of an adequate response from the international community, including the UN and the OSCE. This may serve as another proof that the West’s interest in the post-Soviet space is declining.

In the upcoming period, Kazakhstan will face much higher expectations from Moscow, which will limit the country’s relations with both the West and China. In addition to the possibility of establishing greater autonomy for the northern regions of Kazakhstan, Russia’s military engagement could consequently monopolize the oil and gas market in Central Asia. So far, Kazakh authorities have rejected Moscow’s pressure to accept an agreement on the Eurasian Economic Union’s (EAEU) regional standard tariff on oil and gas prices, which would give Russia control over trade in these energy sources between China and Central Asia. For Russia, this would represent a huge negotiating potential in future agreements with China, while Kazakhstan would lose its already fragile economic independence and gain uncertain predictability. Although Putin emphasized that he would not allow destabilization through colour revolutions, the fact is that the Russian military presence, without a defined time limit, will increase tensions in Kazakhstan, but also in Central Asia. It is symptomatic that Chinese President Xi Jinping also offered to Tokayev support from Beijing and called the riots an attempt to execute a colour revolution. In the diplomatic context, his words indicate a clearly expressed Chinese interest and desire that, at this moment, the projection of influence by Beijing is not brought into collision with Moscow.