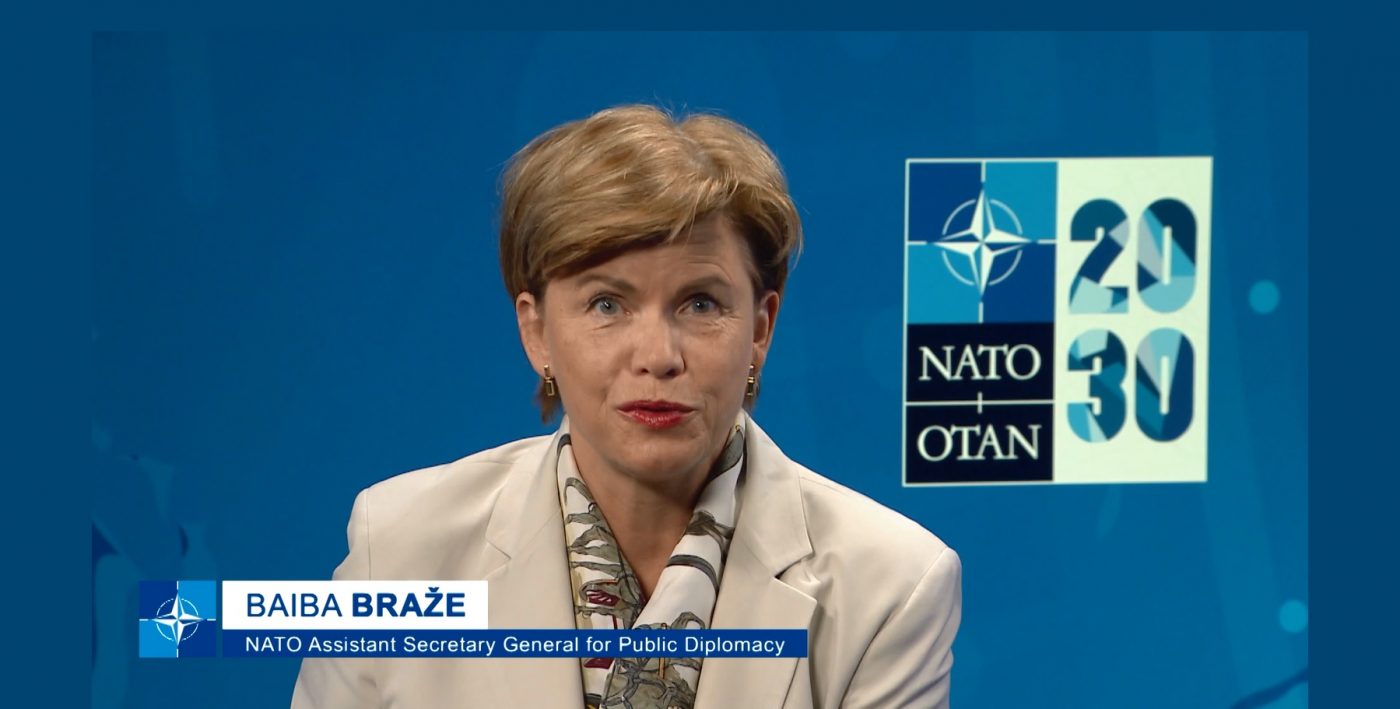 I am very pleased to be with you and address you today.

I would like to thank the Council for Strategic Policy of Serbia and the Bulgarian Embassy in Serbia, that is, the NATO Contact Point Embassy, as well as the NATO Military Liaison Office in Belgrade for this excellent initiative. It is a great result of our cooperation with the civil society institutions in Serbia.

First, of course, the Western Balkans is the region where NATO has deployed KFOR, in Kosovo since June 1999, and today it accounts for roughly 3,500 personnel, acting under the provisions of UNSCR 1244.

I would also like to point out that not only in KFOR, but also the Alliance has been committed to building long-term peace and stability in Bosnia and Herzegovina, where we started supporting the international community’s efforts to end the conflict. There NATO played a key role in implementing the Dayton Peace Agreement through peacekeeping deployments over a nine-year period from December 1995 to December 2004. And today, when the primary responsibility for military aspects is given over to the European Union, we work very closely with the EU to implement it.

Second, I would also like to say a few words about the political choices and arrangements. Today, most of the countries in the region are NATO members. Of course, we also have EU members and we have those that are NATO members, but not EU members. But some, like Serbia, have made a different choice. NATO fully respects such sovereign decision.

However, NATO and Serbia have a mature, respectful relationship, and we work very well together.

In just a few months we will celebrate 15 years since Serbia joined the NATO Partnership for Peace programme. These 15 years have been marked by many achievements. They have also demonstrated that partnership with NATO can bring real benefits to Serbia and its citizens, but also to the wider region.

NATO, on our side, we are committed to building a strong partnership with Serbia. It’s a respected, valued and important partner for the Alliance, a country with rich history and bright future. It is important for us at NATO, and NATO is important to Serbia.

This partnership has proven to be a valuable tool to rebuild trust, mutual understanding, and also to find common grounds to establish and build on the dialogue.

While acknowledging the role and importance of this partnership, I would like to emphasize that it is not a goal in itself. Rather, it is a means to an end, to achieve significant results that partnership yielded in many different domains. From civil emergency and preparedness to training Serbian forces for peacekeeping operations, security sector reform, to scientific cooperation, civil society cooperation and support, but also exchanges, visits, universities and political dialogue.

Here also I would like to say a few words about our work and assistance during the pandemic.

As you know, NATO has facilitated the airlift of critical supplies, the transport of medical personnel, patients, equipment, but also such things as the construction of field hospitals. Also investing in science to develop a variety of different experiments and discoveries. We donated medical equipment, both to Allied and partner countries, including in the Western Balkans, and also to Serbia.

For example, the Czech Republic worked closely with Serbia in the development of filters for masks. And this was done under a NATO framework for cooperation amongst defence education institutions. Turkey has donated equipment, and others.

Our Alliance, through KFOR, also provided medical equipment to all communities in Kosovo.

This partnership really is the most important tool in setting a new, positive, long-term relationship between NATO and Serbia. It is a facilitator for establishing trusted political dialogue.

This dialogue between NATO and Serbia is now well-established up to the highest political levels. We saw that during the recent visit that President Vucic paid to NATO Headquarters, meeting Secretary General Stoltenberg, just a few weeks ago. They very clearly announced this common interest in the partnership between Serbia and NATO.

Rarely in the past two decades could we have observed such a positive momentum in the NATO-Serbia relationship.

The Secretary General and President Vucic re-affirmed the desire and commitment to strengthen mutual cooperation, and it is based on the following principles:

First, NATO’s commitment to security and stability in the Western Balkans through KFOR. The Secretary General confirmed that KFOR will remain, and operate under the provisions of UNSCR 1244, guaranteeing a safe and secure environment and freedom of movement for all communities in Kosovo. It will happen as long as it may be necessary.

That said, any long-lasting solution can only be political. NATO fully supports the EU-sponsored Dialogue on Normalization of Relations between Belgrade and Pristina. The commitment to the dialogue was fully reaffirmed also by President Vucic.

Again, it is not for me to be overly prescriptive on this, but I do believe, and so does NATO, that regional cooperation is one of the keys to a long-lasting stabilization in the Western Balkans.

Partnership with NATO brings real benefits to Serbia and its citizens, and the wider region.

In this context, I would also like to say a few words about external actors and destabilizing actions, such as disinformation and hostile information.

Especially during the pandemic we have witnessed an increase in disinformation and propaganda activities, in many cases coming from Russia and other external actors. They were aiming to undermine our democracies and deepen divisions, not only within NATO and the Euro-Atlantic region, but also in the Western Balkans, in Serbia and other countries.

In this respect, facts and clear communications can save lives, not only during a health crisis, but they play a role in everyday work of our societies – to support the government efforts, to ensure that our societies are resilient and able to counter external threats.

This is why we are working closely with civil society organizations across the region to support projects on the ground that build resilience to disinformation. That benefits both Allied and partner nations, including Serbia.

I would like to underline that we have worked closely with a number of Serbian institutions to support these efforts, promote dialogue and increase awareness about NATO, the fact that NATO is a defence alliance and the fact that we are based on the same democratic values as Serbia.

I would like to thank the Council for Strategic Policy, which has been a trusted partner of NATO and our today’s host. I am pleased to say that for the first time this year NATO is co-sponsoring a project presented by this distinguished institution. It aims to enhance the awareness and understanding of the objectives and policies of the Alliance, but also of our cooperation with Serbia, especially among younger generations.

That is just one example of the many grassroots projects that the Alliance supports with the aim to build dialogue and understanding between us.

We are always looking to broaden our relationship with civil society. And we would welcome new proposals from civil society organizations in Serbia.

With this, ladies and gentlemen, dear participants, I would like to conclude and say that I am absolutely convinced that NATO and Serbia should and will continue to work together to make all Western Balkans and all Euro-Atlantic area a safe, peaceful, stable and prosperous part. In this endeavour, Serbia bears the honour and the burden to play an essential and unique role.

And I thank you and wish you a successful conference.