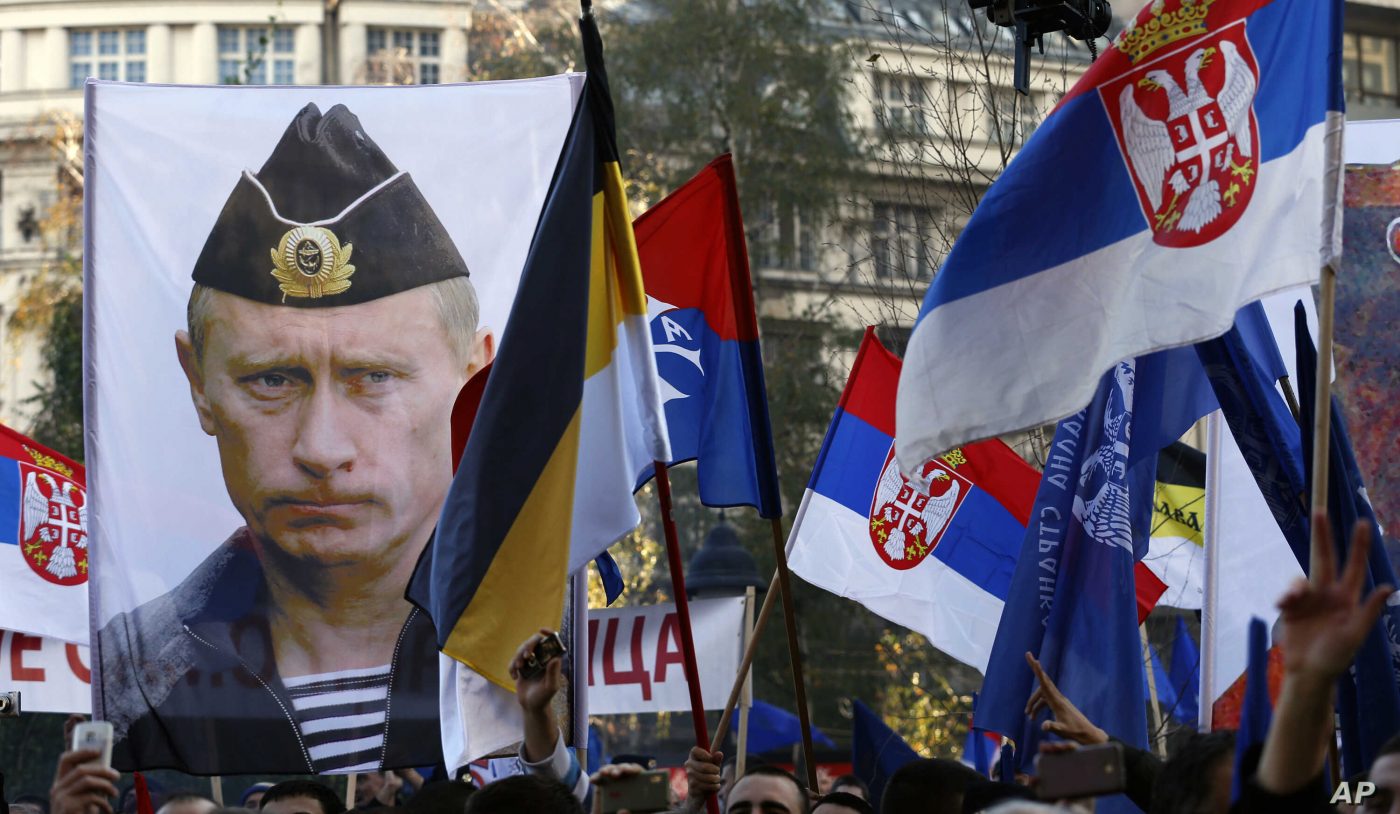 The news that Vladimir Putin is not coming to visit Serbia has the same impact on the Serbian political public as when he came to Belgrade on previous occasions. We have supporters and opponents of his arrival, and when it comes to the latter ones, both pro-Western and pro-Russian opponents of Aleksandar Vučić are equally happy with the news of his absence. One side is considering Putin’s absence as a reliable sign that Serbia is turning to America and the West, while others are convinced that Vučić no longer has the support of Russia and its leader and that their accusations to Moscow about being only sincere friends of Russia and that Moscow should no longer have anything to do with Vučić proved fruitful.

Neither of them is right, but for the who knows what time they are the victims of their excessive expectations, unrealistic desires and overestimation of their own possibilities and influences. Like many other world leaders, the Russian president simply has not had international visits for months as a precaution due to the virus pandemic and is in contact with a minimal number of associates. His expected visit to Belgrade is a “victim” of completely objective circumstances, which have been blocking international diplomatic life for a whole year.

If the situation was different, there is no doubt that Putin would be more than happy to travel to Belgrade. In fact, Serbia is one of the few European destinations to which the Russian president has been traveling in recent years, since the outbreak of the Ukrainian crisis, because he has been quite isolated in the European framework since then. His diplomatic activities are mainly reduced to visits and meetings with the leaders of the countries from the former USSR, so that every time he comes to Belgrade, he always gets a point from the domestic public that he is still active and important on the international political scene.

And to further disappoint those pro-Western opponents of Putin’s arrival in Belgrade, he would be happy to come to Serbia especially at this time, right after Vučić’s successful visit to Washington and talks with President Trump, in order to amortize the effects of that event and personally come to Serbia, showing who its “real friend” was and re-ignite pro-Russian sentiment among our people.

Of course, there will be more opportunities for Putin’s visit to Belgrade, and it will again be one of the important, emotional days in our history, when Russian leaders usually come to Serbia – whether it is liberation in World War II or the beginning of NATO bombing in late March.

Much more important than setting the diplomatic calendar is the question – what are the real benefits of such visits to Serbia and what is their essential value for Serbia? Is there any substantive significance in these rather frequent contacts of the Russian president with the Serbian leadership, or is it just a matter of building Putin’s position on the domestic Russian scene, which has not been the best for years, at least when it comes to the aspect of his declining international influences.

Since coming to power in Russia exactly two decades ago, Putin has not sincerely supported any leader of official Serbia, neither Koštunica, nor Tadić, nor Vučić. Not even Milošević, whom he “found” when he came to power in 2000, which we clearly see from Putin’s conversations with American officials at the time, whose transcripts were recently published by the Bill Clinton Foundation. The only Serbian politician Putin’s Russia sincerely supported all the time was Vojislav Šešelj, because he advocated the policy that Moscow really wants to see in Serbia and the Balkans.

In that sense, there is an extremely illustrative story, circulating in intelligence circles, that during his visit to Belgrade in January 2019 and the magnificent welcome that was given to him in front of the Temple of Saint Sava (remember his reluctantly spoken message to the gathered citizens – Thank you for the company), to his closest associates, ironically and with laughter, he allegedly said: “I saw two people, one who can’t stand me, and the other who pretends to love me”, referring to Vučić and Ivica Dačić.

Therefore, Putin’s absence from Serbia this October will not have any negative consequences for our state interests and affairs. With his arrival, Serbia would not gain any new economic benefits, because Russia itself has been in huge economic problems for years, primarily due to the low price of oil, but also due to economic sanctions from the West. We could not expect novelties in military cooperation either, for the simple reason that we have so far paid (often in advance) for every piece of weapon that arrived from Russia. And if something was presented as a gift, like used MIG-29 planes, we were obliged to pay the Russians for the repairs, the price of which was higher than if we had procured new planes from the factory line. With Putin’s visit, Serbia would not even gain special diplomatic points on the international scene, because Moscow’s influence on world events is constantly declining for many years. And that especially refers to resolving the Kosovo issue, in which the EU and America have the main say.

We are denied only one more in a series of extremely protocol visits, without any tangible political and economic content, charged with forced emotions about “eternal brotherhood” and “unbreakable historical ties”. Serbia always has time for something like that, the only question is whether there is a need, because at this moment there are many more important jobs.