It is time for the 21st century 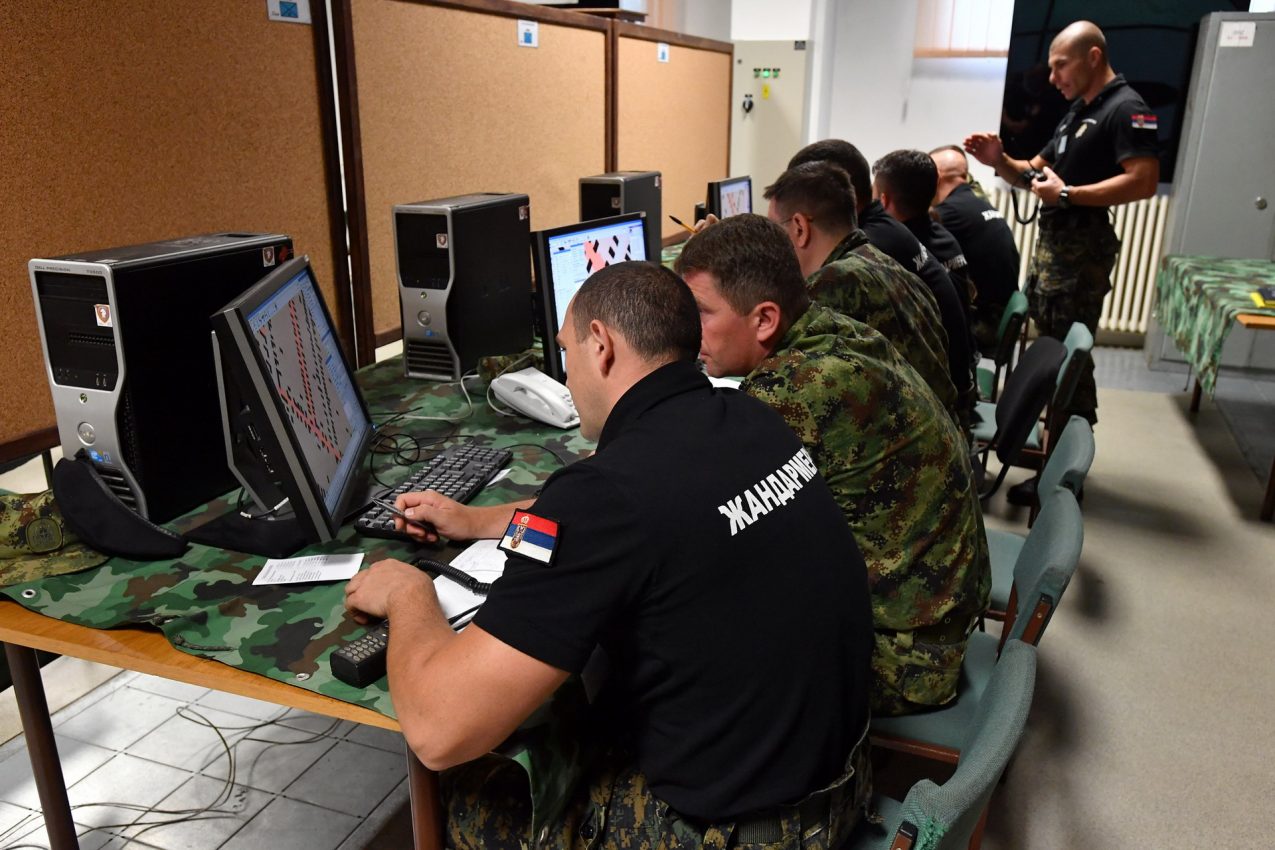 After the Washington agreement between Belgrade and Priština, referring mainly to economic issues with some segments concerning the foreign policy context of the Middle East, have reached interest on a global scale, it is time for Serbia to return to the track of significant cooperation in defence area with the United States. During his visit to Serbia as Vice President of the USA, Joe Biden emphasized in 2009 that the best part of cooperation between Belgrade and Washington is cooperation in the field of defence.

We are witnessing that Serbia has recently significantly improved military cooperation with Russia and Belarus. And that is logical if the National Security Strategy considers security threats to the citizens of this country according to the models from the early 20th century. Unfortunately, Serbia is facing security challenges in the 21st century which are sometimes difficult to understand, but often much more dangerous than the classical perception of aggression. New times also bring new security challenges, risks and threats that require a completely different approach to solving problems and responding to possible attacks that do not necessarily come from enemies
like those we already met in history, but can be generated even by individuals. Thus, we are facing the situation that the real danger to
the security of citizens and the state comes no longer from the ground or air, i.e., from tanks or aircrafts, but from the invisible and for many incomprehensible cyberworld.

When we first adopted strategic documents in the field of defence and security in 2009, one of the ideas was to establish a hierarchy of all
strategic documents. Unfortunately, that did not happen, so even today we do not have defined national values and interests, especially in the foreign policy context. Thus, as a society, we have come to a paradoxical situation that the conservative Minister, through the National Security Strategy, defines security challenges with a phraseology that corresponds to “love” from the East.

To tell the truth, the European Commission’s 2019 Report regarding Chapter 31 emphasized that Serbia should complete the revision of security and defence strategies, but it also stated that they should fully reflect Serbia’s orientation towards the EU. It is because of that, the attitudes which promote
the Eurasian cooperation and geopolitical balancing under the curtain of military neutrality while omitting the hybrid threats that present an increasing security challenge in the modern world, are unclear. The justification for such disregard is not, and cannot be, the fact that Serbia does not have the defined capabilities, facilities and procedures to deal with the prevention of
hybrid threats.

The EU’s commitment to this security threat also reflects in the establishment of the European Center of Excellence for Countering Hybrid Threats in Finland, which aims to combat unconventional methods of warfare such as cyber attacks, disinformation or fake news. When Serbia, in accordance
with its strategic commitment, approached the establishment of the Framework Mechanism for Cyber Attacks against the EU, the highest officials of third countries expressed their displeasure and concern, and suggested not to risk the level of relations by acting so. The culmination of irresponsible
behavior towards Serbia’s interests was the ignoring of the EU questionnaire regarding hybrid threats by the Minister of Defence. It was only after one year that the Ministry of Defence submitted a position according to which Serbia should not participate with the EU in joint defence from hybrid threats, because that would jeopardize our bilateral relations with the Russian Federation. It remains unclear why the defence minister equates Russian and Serbian interests, but his commitment to countering threats to only Russian interests is obvious. On a positive note, the EU continues to fund programs that promote critical thinking and media literacy in order to build resilience to disinformation.

NATO also established its own Cooperative Cyber Defence Centre of Excellence in Estonia (Tallinn), which was initiated after a massive cyber attack on Estonian institutions at the end of April 2007. However, it is important to emphasize that the cyber attack from Russia followed a diplomatic problem
with the Kremlin and then violent protests in which 156 people were injured and one person lost his life. Any resemblance to hybrid actions in the Balkans is not accidental.

How vulnerable and helpless we are is best shown by the fact that when we first faced the cyber attack and the blockade of the City Hall of Novi Sad, our response was only a warning to employees not to turn on their computers.

The modern security of the state and every citizen are priorities, so, often a cyber attack can be more dangerous than a hypothetical attack by terrorists who could be dissatisfied with the relocation of our embassy to Jerusalem. That is why it is of a strategic importance to cooperate with partners who
would improve our cyber defence capabilities, and that is primarily the United States, bearing in mind that the White House is a guarantee of an agreement, but certainly also with the EU and NATO.

This article was published on 24 September, 2020 in the weekly “Nedeljnik”.