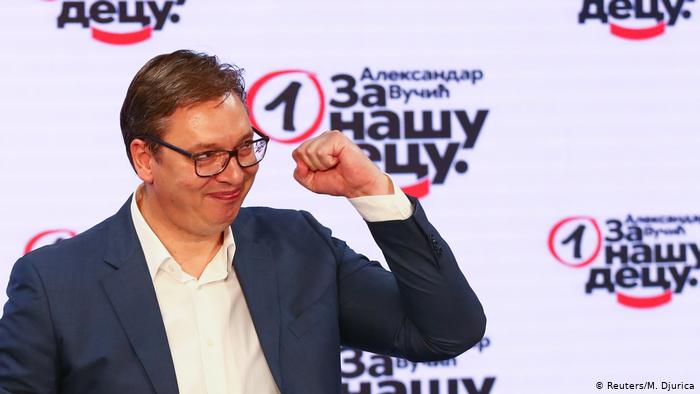 The COVID-19 crisis interacted in a highly diverse fashion with domestic politics across Europe. There was a similar range in the actual management of the emergency which often appeared to cut across ideological or political cleavages. For instance, authoritarian regimes (e.g. Belarus) as well as fully-fledged democracies (e.g. Sweden) decided not to opt for the imposition of countrywide lockdowns and maintained their active markets. At the same time, the governing apparatuses of Poland and, especially, Hungary were seen as taking advantage of the lockdown measures as part of their attempts to curb civil liberties and consolidate these states’ turn towards authoritarianism.

Further to the southeast, in Serbia, the wide spectrum of opposition parties accused President Aleksandar Vučić and his ruling Serbian Progressive Party/SNS of endeavouring to cement their dominant status in the country’s politics by hijacking the imposition of a state of emergency. However, this did not impede the Serbian President from winning by a landslide the first parliamentary elections after the COVID-19 crisis on European soil (June 21, 2020).

What were the main reasons behind SNS’ overwhelming victory? What should one expect from the governing apparatus as far as foreign policy is concerned in particular, in the immediate future?

On March 15, President Vučić officially declared a countrywide state of emergency in an attempt to ‘fight against an invisible adversary’ and counter the spread of the coronavirus. This decision was implemented amid a disbanded Skupština (national assembly) for the elections that were initially scheduled for April 26. As part of the package of emergency measures, the military was ordered to guard hospitals while the police was assigned to monitor those quarantined, or in self-isolation, for 14 or 28 days. Those who violated quarantine were to face imprisonment for ‘up to three years’. Meanwhile, PM Ana Brnabić announced the restriction of movement and the deployment of military units along Serbia’s borders.

Externally, the SNS-led government found one more opportunity to practise its ‘situationally adaptive’ Eurosceptic rhetoric and accuse the EU, allegedly, of not responding adequately to Serbia’s hardships. At the same time, China was praised as a global partner for the supply of medical aid and this country’s popularity among Serbia’s stakeholders and public skyrocketed.

The imposition of a strict lockdown against the background of an inactive parliament was swiftly regarded as an authoritarian turn by the opposition. The main anti-SNS coalition, Savez za Srbiju/Alliance for Serbia, and its leader, Dragan Đilas, rushed to interpret the temporary limitation of civic freedoms, in light of the Covid-19 crisis, as ‘the final phase before the establishment of a dictatorship’.

Meanwhile, smaller opposition parties with a vibrant grass-roots component (e.g. the Movement of Free Citizens/PSG led by actor Sergej Trifunović) issued calls for civil disobedience under the banner of ’Buka protiv diktature’ (‘Noise against the dictatorship’). The latter consisted in public manifestations by quarantined citizens, at pre-arranged times, across Serbia and comprised all sorts of noise ranging from loud music all the way to repeatedly banging kitchen utensils.

The disdain of the opposition and domestic as well as international criticism over the consolidation of an authoritarian turn did not restrain the government from officially proclaiming the first elections after the Covid-19 crisis in Europe.

Despite conflicting evidence, SNS policymakers saw a good opportunity to burnish their image following their allegedly successful management of the Covid-19 emergency and the upgrading of Serbia’s relations with key global partners such as China. At the other end of the spectrum, Savez za Srbiju called for a public boycott of the procedure. SNS won a landslide victory garnering 61.60% of the vote. The results of these elections hinted at the continuity of certain trends and political realities that are not necessarily or highly subject to the Covid-19 crisis and its impact.

Especially since 2016, SNS has succeeded in dominating a continuum that stretches from the boundaries of the liberal centre all the way to the conservative right. Especially in regard to the public sector and state-run institutions, the party has proved successful in setting up a countrywide network entrenched in political clientelism. This network was systematically activated and mobilized, prior to the recent elections, via means of SMSs and telephone calls to SNS’ voters. In addition, SNS has long anchored its status as the most popular option among electoral segments such as pensioners – an observation which is of remarkable importance in a rapidly ageing society.

By contrast, Savez za Srbiju have not yet succeeded in projecting themselves as a potent competitor and an alternative to SNS. The party’s leading figure, Dragan Đilas, and his circle of close associates from the Democratic Party/DS are still haunted by allegations of mismanagement and corruption from the last tenure of DS in government. Furthermore, in an attempt to mould and mobilize a wide range of public grievances vis-à-vis SNS, Savez za Srbiju currently host under their auspices political initiatives as diverse as (centrist liberal) DS, (right-wing nationalist) Dveri/Gates and (leftist) Levica Srbije/Serbian Left.

Instead of polyphony and pluralism, this heterogeneity has often resulted in incoherence. This, in turn, has hindered the coalition from establishing a firm foothold among the socially liberal and pro-EU urbanites who resent Aleksandar Vučić and his patterns of governance. Although Đilas rushed to interpret the low turnout (roughly around 50.32%, down from the 56.1% of the 2016 elections) as a sign of the boycott’s success, it is very likely that this occurrence hints at one more instance of ‘electoral fatigue’ that has been rather commonplace among other electorates across Central and Eastern Europe – whether fragmented (e.g. Latvia) or dominated by a one-party actor (e.g. Poland).

SNS’ ‘favourite’ partner from the centre-left (Socialist Party of Serbia/SPS) occupied the second spot with a percentage of 10%. Moreover, the Alliance of Hungarians in Vojvodina/VMSZ (Serbia’s largest ethnic minority party) garnered 2.5% of the vote and elected 10 deputies at the Skupština. Apart from cooperating steadily with the SNS representatives at the assembly of the autonomous province of Vojvodina, the party-chairman István Pásztor is said to have been the politician who played a pivotal part in the latest rapprochement between Aleksandar Vučić and Hungarian PM Viktor Orbán – the first foreign leader who congratulated the Serbian President on the occasion of his victory.

The renewed participation of SPS and VMSZ in the ranks of the Skupština additionally enhances the overwhelmingly dominant status of SNS. Lastly, along the far-right end of the political spectrum, Vojislav Šešelj and the Serbian Radical Party/SRS failed to enter the parliament. Political analysts regarded the drastic decline of this party’s popularity, in comparison to the 8.10% that SRS had garnered in 2016, as a result of the visually boisterous but essentially ‘friendly’ pattern of opposition that Šešelj had recently employed vis-à-vis SNS.

In one of my earlieropenDemocracy contributions, I briefly reflected on the prospects for Aleksandar Vučić to ultimately consolidate his dominant status in Serbian politics amid a poorly coordinated opposition – like the precedent set by Viktor Orbán in Hungary and/or Jarosław Kaczyński in Poland. Nevertheless, at this given moment, it would be rather precarious to predict the upcoming trajectory for Serbia’s governing apparatus in domestic terms.

One might expect a state of continuity with respect to Serbia’s foreign policy vis-à-vis Brussels and the country’s accession process to the EU. In light of the persisting prioritization of economic transactions with key-partners from within the EU (mainly Austria, Italy and Germany) and the existence of a vibrant Serb diaspora in Central and North-western Europe it seems rather unlikely that the SNS-led government might jeopardise its relations with Brussels in favour of a more drastic opening to alternative partners such as China. To these, one might add counter-evidence which demonstrates that, contrary to popular perceptions, the actual contribution of the EU towards combatting the Covid-19 crisis in Serbia was more substantial than the Chinese aid.

The actual contribution of the EU towards combatting the Covid-19 crisis in Serbia was more substantial than the Chinese aid.

As a final remark, the results of the parliamentary elections certainly embolden Aleksandar Vučić to participate in the upcoming international talks with Kosovan PM, Albin Kurti, in Washington DC – although it is far too early to assess the prospects for a watershed in regional geopolitics.