Moscow does not believe in tears 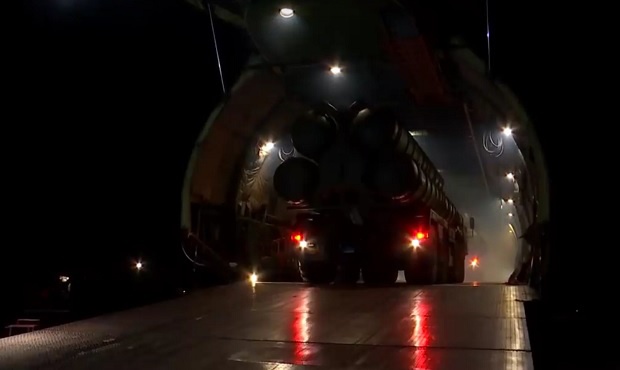 Nikola Lunić, Executive Director of the Council for Strategic Policy

Is there a life in Serbia after the S-400 returned to Russia? So much tabloid delight followed by pleas and appeals for the S-400 to remain. Yet, the system flew away, and the sentimental people were left knowing that Moscow clearly does not believe in tears. Or, more likely, she is devoted only to her interests, as she has always been. And especially in the 1990s, when she armed Croatia both with financial and foreign policy benefits. Even the ambassador of Russia to Zagreb, Anvir Azimov, explicitly stated that the Russians gave the Croats the S-300 PMU anti-aircraft (air defense) system to restrain the Serbs. Such a statement would sober many, but not the Serbs, who can give up anything but their own delusions.

Although the aforementioned S-300 air defense system never became operational in the Croatian Army, the procurement news itself was geostrategic in that time. Presentation of such a sophisticated system at the Zagreb Military Parade in Jarun on May 30, 1995, had also a strong psychological significance for the parties involved in the conflict. But beside that system, Russia was cataloging the Croats with everything, but nuclear ballistic missiles. Thus, at that time, Russia or due to its mediation, Croatia received 18 Mi-17 transport helicopters, 12 Mi-24 combat helicopters commonly called “the devil’s chariot”, 40 MiG-21 fighter planes / interceptors, as well as a whole range of sophisticated weapons and military equipment such as the Fagot anti-armor systems, Sturm anti-tank missiles, R-60 air defense missiles, and non-guided S-5 missiles. Out of 40 fighters, 23 single-seat MiG-21bis and 3 two-seater MiG-21UM were put into operational use, while the rest of the aircraft was used for spare parts. What was invaluable for the Croatian Armed Forces was the Russian logistical support to their Air Force, and that they, besides training for pilots, established a technical
base for repair and support along with Russian engineers and technicians, and also delivered spare parts with a total of 25 engines for the MiG-21, Mi-17 and Mi-24.

We can only imagine how many weapons and equipment were delivered to Croatia, since the Russians realized over 160 flights with their transporters AN-124 Ruslan and Ilyushin IL-76 with an average of 100 tons of cargo per flight. The air transport operation, which was taking place from 1992 to 1997, was codenamed “Pero” (Feather) and, because of the UN embargo, it was carried out in a rather naive, but effective, manner. Namely, the Russian pilots would normally report a technical malfunction when entering Croatian airspace, for which flight control would allow them to land at the airports in Pula or Krk. Needless to say, unloading the cargo automatically and technically “corrected” the fault. Mediation under an international embargo, was provided mainly through Winsley Finance Limited and its owner, a Croatian arms dealer, Zvonko Zubak, who is still trying to collect claims for the S-300 PMU air defense system. According to him, the system has never been paid for, and he claims the payment of $ 200 million through court, a settlement, or to have the system returned to its original state. The unconfirmed information indicates that in 2004, the S-300 PMU system ended in the U.S., and at that time the 1st Missile Division of the 205th Missile Brigade of the Croatian Armed Forces was disbanded.

Today, as paradoxical as it may sound, the Germans and the U.S. were strictly carrying out an arms embargo on Zagreb, while Moscow, by violating the UN sanctions, was significantly improving the capabilities of the Croatian Armed Forces. A sequence of historical events would show later that this was precisely one of the direct reasons why Miljevci, Maslenica, Medak Pocket, Flash and Storm happened, and we can only speculate on the impact they had on the exodus of the Serb population from Croatia.

Russia clearly showed its support for Zagreb not only through weapons and equipment sales but also through foreign policy support and presenting decorations. Nowadays in Serbia, it sounds almost unbelievable that Moscow internationally recognized Croatia before the United States did. In that context, not even the Russian President failed to award the Croatian President Franjo Tudjman with the “Georgi Constantinovich Zukov” medal for merits and contributions to the anti-fascist fight. In doing so, Boris Yeltsin did not care about Tudjman’s controversial historical role, which, unfortunately, never reached a court epilogue due to his death.

But it was not only Yeltsin who had such affinity towards Croatia. In 2005, Vladimir Vladimirovich Putin honored the Croatian President Stjepan Mesic for the contribution the Croatian people and Croatia as a state made to the final victory over fascism. In doing so, Mesic completed the family decorations collection in which his uncle Marko was honored with the NDH “Military Order of the Iron Trolley” and the German “Iron Cross of the First Order” for the outstanding contribution he made as the commander of the 369th Legionnaire Regiment in fighting near Stalingrad. It should be emphasized that Serbia has not received such an award to this day, except for the jubilee medals and none of our officials was awarded the Russian order for the contribution of Serbian people to the victory over fascism.

The role of Russia in the 1990s was described in a pragmatic way by their first ambassador to Zagreb. He often emphasized that he “would never, not even in the most fantastic speculation, allow for the possibility that any part of the so-called Krajina, may disintegrate from Croatia”. And Moscow supported his views. At that time, the Kremlin was skillfully capitalizing on the “soft” power it executed among the Serbs. Such diplomacy enabled Russia to position itself as a relevant mediator with Serbia, while at the same time it projected its foreign policy interest through investments with the EU countries and membership of NATO’s Partnership for Peace. While Moscow secured its membership in NATO PfP on June 22, 1994, Serbia needed more than 12 years to follow their example.

And these facts, which Serbs will not see or hear, should not be brought into the context of emotions. On the contrary, it is not difficult to impress any man easily, especially a Serb, by the cultural treasure and natural beauties of the Russian Federation. In addition to religious closeness, this is the main reason why the Serbs’ feel affection for the Russians. But feeling so, one must be aware of national interest, because history is explicit – blindly following Russian politics can often be disastrous.

Let us just remember that from the April war until the start of Operation Barbarosa, that is, for 77 full days, Moscow was silent on the deaths of tens of thousands of Serbs in the most brutal bombing. Shortly before the bombing, at the initiative of the Yugoslav side, retired Colonel Bozin Simic was in Moscow with the authority to prepare a contract on mutual assistance between the two countries. But, given the Non-aggression Pact between Germany and the USSR, or the famous Ribentrop-Molotov Agreement, it just was not politically logical. Only the benign agreement of friendship and non-aggression between the USSR and the Kingdom of Yugoslavia was concluded, paradoxically, at dawn on 6 April 1941. It is a fact that the USSR undoubtedly made the greatest contribution to the whole world by fighting against fascism, but those 77 days “hurt”. Especially Serbs who always try to find some emotional justifications.

Today’s attitude of Russia towards Serbia represents the attitude of a major world power in accordance with its own interests and its ability to project its influence globally. Capital generated in this way could always be easily traded in the market of powerful forces, especially when it comes to the destinies of “small” nations. And, in the Serbs, the forgetting is usually related to the speed of drying their cheeks. Even though we know that nothing dries as fast as a tear, we are not able to learn that our nation’s interest must be eternal. We just need to cry out our emotions.

This article was published on 14 November, 2019 in the weekly “Vreme”