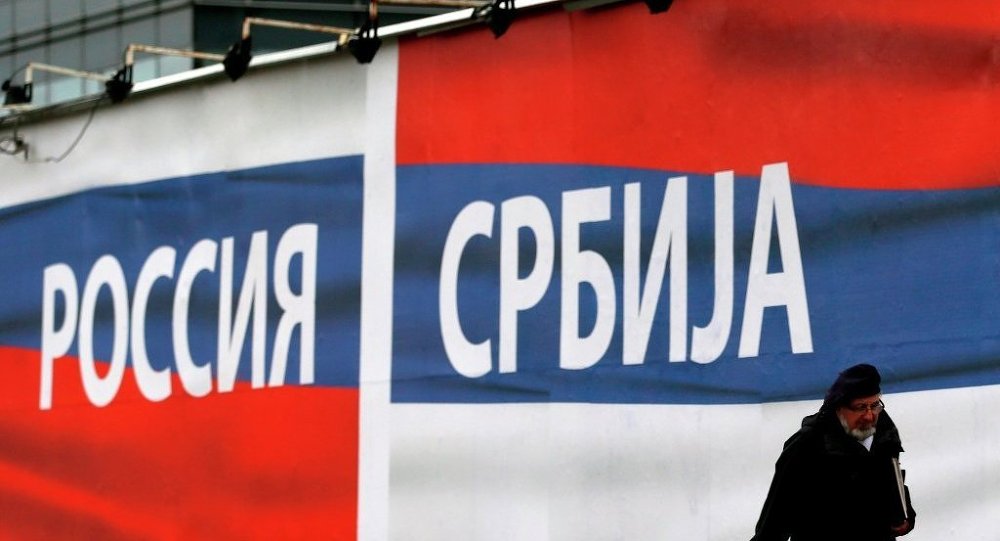 Having such a geostrategic position, it is no wonder that Serbia occasionally finds itself in the focus of interest of the great powers. But such a frequent projection of hard and/or soft power in the Balkans also requires a talent of people who do not miss the opportunity to attract foreign policy problems, or troubles. And the Serbs are very talented people for it.

Recently, we have witnessed frequent meetings, official and unofficial, bilateral and multilateral, with or without the invitation, between our and Russian officials. Many visits by Russian officials went even without public interest, such as was the case with the visit of Leonid Drachevsky, a director of the Public Diplomacy Support Fund “A. M. Gorchakov” who works on spreading the Russian influence abroad. However, what impresses the public the most are the highlevel meetings and the fact is, that the president of Serbia, as he says, expects a jubilee of the 17th meeting with the President of Russia soon. Such dynamics of arrivals of Russian top officials is a kind of a diplomatic assault on small Serbia. For countries like Serbia, in international relations it is common to try to advance all kinds of bilateral relations with the great powers, but it is very strange when it is the other way around as well as when it is very intense. And we see that Russia is trying hard. And we wonder why.

The optimists among the macroeconomic experts hoped that imposing the sanctions between the EU and Russia was an opportunity for a sharp increase in exports to the Russian market. However, statistics show that this is not exactly the case, since limited export growth was realized only in the fruit, vegetables and dairy sectors. Frequently repeated requests and appeals from Belgrade to export the Fiat 500L remained unanswered, while the meat exporters experienced sanctions. And those who were looking forward to the pompously announced agreement of Serbia with the Eurasian Economic Union (EAEU) and hoped that it would bring benefits to our producers, faced another Russophile fallacy in line. Namely, even before the multilateral agreement, Serbia had free trade agreements with the three largest members of the EAEU (Russia, Kazakhstan and Belarus), whereas with the other two (Armenia and Kyrgyzstan) there were no exports. It is true that Serbia’s exports to the EU was between 65% and 67% of total exports, over the last five years while this percentage regarding Russia was ten times lower, that is, between 5% and 6%. Therefore, no expert can argue that the EAEU market will ever be more important to us than the EU market.

On the other hand, signing such contracts without explicit economic benefit can cause a whole host of foreign policy problems for Serbia. Instead of gradually aligning our foreign policy with the EU, we move away from the publicly proclaimed and adopted a strategic goal in the strategic documents regarding the EU membership. And when our EU partners tell us that this is not a step towards moving closer to the EU, our Government ignores it and shows all the foreign policy levity of the European orientation.

The fact is that the West neglected the Western Balkans in the recent past, and some powerful countries continue to do so. Although aware of the destructive potential of the Balkans, some EU leaders prevent the countries of the region from approaching the European values by sending completely vague and confusing messages to the Balkans. Skopje did not have the ambition to get the EU membership as soon as tomorrow, or to avoid adopting the European values and standards, but only to open a negotiation process through which it would gradually approach the EU. They are not even allowed to do so, and the consequences are already visible throughout the region. The apocalyptic influence of foreign factors intensifies as the whole region re-enters the nationalist rhetoric of populist politicians with marked media and security tabloidization. No one pays too much attention to stabilization, partnerships and potential alliances within the region because it is not politically profitable. And that is why the region is more important for the project known as “Little Schengen” than virtual agreements with the EAEU. This is because, after all misfortunes, the region lives and will go on living together.

Given that Russia definitely has no geoeconomic interest in cooperation with Serbia, and obviously has no interest in significantly raising the operational capabilities of the Serbian Armed Forces, it is clear that this is only the influence projection which, at one point, the Kremlin would capitalize at the world diplomatic market. Our tragedy is that even after so many centuries, Serbia’s strategic orientation still remains controversial – East or West. Whoever may be in the position to make such a state-making decision should be free from all hatred and anger, attachment and pity. Because it is not easy to discern the truth, especially if one indulges in feelings.

This article was published on 18 November, 2019 in the newspaper “Blic”.