The sovereignty of Serbia is limited 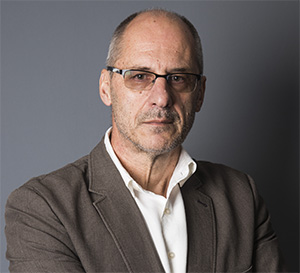 There is a well-known message which the Athenian deputies sent to the citizens of the city of Melos (431. BC) declaring that justice served only those who were equally powerful, and wanted the city surrender, or it would be destroyed (Thucydides: Peloponnesian war).

When we think of the invasion of Iraq, the bombing of Serbia, and so on, we can see that relations between states have not significantly changed over the past 2,500 years and that the mighty do what they are able to, while the weak endure as much as they need to.

Ignoring the existing trends in the development of the international relations, the president of Serbia stated a year ago: “The essence of the policy I stand for is independent Serbia. Independent, not only within its own borders, but also in making decisions and caring for its people. If someone cannot understand it, then it is his problem. Let everyone know: we will lead a unique Serbian politics which the foreigners will not interfere to, as far as I am at the head of the state!” I belong to those people who did not understand him – neither then nor even now. Besides, I do not think that this is my problem.

There are more reasons for this blank incomprehension of the presented non-institutional policy. First, the country is exposed to the numerous external economic and political measures and “recommendations” that are largely expected to be realized without saying. Second, the primary attributes of the state – the territory and sovereign power over that territory are beyond the constitutional framework. Namely, Serbia does not hold a monopoly of legitimate force and positive right of its whole territory regarding its inhabitants. In addition, there are no precisely defined and internationally recognized borders with BiH and Croatia. Third, independence is reflected in the (in) ability of the state to defend itself against the influence of other states, but also against multinational companies, non-governmental organizations, etc., acting in the transnational space. Fourth, the cooperation between states may mean weakening of independence, but also the preservation of the national sovereignty.

Due to the process of globalization including the strengthening of the interdependence of the modern world, association of states in international organizations and military alliances as well as interference of the world powers into the internal affairs of other countries, a part of the world and the local public is faced with a dilemma and wonders about how much of the independence i.e., the state and national sovereignty is there? Can it, in the original sense, survive in the current, real circumstances? Where is the boundary of the people’s right to be their own masters, but also the masters of freedom of the legitimate authority by having a supreme authority on its territory and manage internal affairs and external relations?

In order to secure their own peace, security and economic progress, the national states join together and accept certain universal principles and norms that are beyond them. Serbia is not and should not be an exception.

The association and development of the international relations implies, among other things, joint decision-making about many things, whereby, often, there is neither formal nor substantial equality. More powerful countries are striving to realize their own plans and the method of decision – making ensures them the legitimacy of their decisions and allow national interests to be presented as the universal ones. In this way, they violate the sovereignty of the weaker states whose obedience (more or less) is implied. Of course, as the state is economically more powerful, it is politically less dependent on other states and governments.

In addition to sovereignty, the foundation of a democratic society is its territorial integrity – the wholeness of the state. These two terms are indivisible and represent the main characteristics of each country. However, disregard for the international law, illegal democracy and the secret of diplomacy and integration into supranational organizations and alliances, limits the sovereignty and integrity of the states –suspends them partly, causing instabilities that “produce” conflicts.

Watching the position of Serbia through the president’s eyes, I am trying to understand how much the state is sovereign and independent, and how much it is self-sustaining. In the circumstances of negotiations about the accession to the EU, resolving the status of the KiM, the tutelage of the IMF, the “support” of the Soros foundation, non-diplomatic advent of some foreign ambassadors, …, I cannot  see this “unique – Serbian Politics”, nor promised independence. On the contrary, I notice the effects of a policy which loses its control over its sovereignty. Kosovo is a fundamental issue for Serbia and in such a way it should be considered and reconsidered. However, the Assembly does not discuss, and the Government has no official position on the issue, while the President of the Republic runs “his” own policy. It is unacceptable to monopolize the internal affairs and the external policies as well as to tolerate the absence of essential dialogue, platforms and principles that would indicate a solution for the southern province. If we, as the president suggests, gave everything and in return got nothing, it is not clear whose interests the authorities are working for. Do they renounce of a part of its territory by following a policy of a “compromise” and a commitment to delineate?

In countries with a fragile democracy, including Serbia, the problem is the situation in which the power is formally in political institutions and representatives of the citizens, delegated to express and satisfy the general interests. Essentially, the levers of a supreme power have been confiscated by one man or a group of people who, thanks to political domination, dictate the policy of the country and interpret the will of the people according to their own interests.

Current social circumstances point to the obsolescence and unfounded ness of the accepted significance of sovereignty in the traditional sense. At least a little sign of submission to the society leads to the conclusion that there is no absolute independence, ie, that formally recognized sovereignty does not correspond to reality. Therefore, it should be (re)considered what transformations are necessary to embrace factors which act beyond the national system and boundaries. More objective observation contributes to reliability. Then it will be known whether Serbia, with the available capacities, can defend its rights and interests and to what extent it is the sovereign decision-making country on its own in accordance with its own national interests. In the end, it should be kept in mind that the absolute sovereignty implies the right of the state to resort to force to protect its political independence and territorial integrity. We have recently experienced this right and we still witness the absurdity of the decisions made.